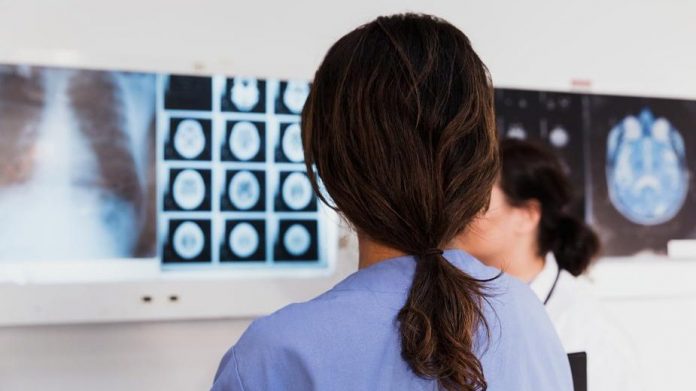 Compass: Charting a course to the NHI

The National Health Insurance (NHI) Bill proposes significant shifts in who controls our national and provincial health budgets. Will the draft legislation rob provinces of traditional control, or will it open up new, and more effective ways of making sure money goes where it’s needed most? Find out in the first in “Compass,” our new series on South Africa’s move to the NHI.

There is no better time for a radical transformation in the way that we fund healthcare than now — and the recently released National Health Insurance (NHI) Bill presents us with such an opportunity.  Although there are still numerous gaps in the latest iteration of the document, which proposes drastic healthcare reforms, the centralisation of public funding — particularly the proposed shifting of provincial equitable share allocation and conditional grants to the NHI Fund — is a step in the right direction.

Because it essentially protects funding for health, which is not the case with current institutional arrangements where provincial authorities have significant discretion over how they use the resources allocated to them.

Here’s how things presently work: Who gets what is a matter of calculations based on sophisticated equitable share formulas. These equations are meant to ensure that money is allocated fairly across provinces and South Africa’s 278 municipalities. But there are no similar mechanisms to guide resource allocations at the provincial level — once provinces receive their share, they can decide themselves how that money is distributed.

This has often resulted in too little money being assigned to critical health needs such as human resources, hospital maintenance and outreach services. In 2017, the North West, for instance, only allocated 26% of what it received in provincial equitable share allocations from the treasury to health – this is almost 10% less than the average spent on health in other provinces.

Yet, the North West’s health indicators tell us it’s a province in desperate need of a larger health budget: it has one of the highest proportions of mothers and newborns who die each year. The same is true for many children who don’t live to see their fifth birthday, the Health System Trust’s 2016/2017 District Health Barometer found.

Shifting provincial equitable share funds to the NHI Fund will ensure that the slice of public funding that should go towards health in a province, ends up in that category, as opposed to being used for other needs — because that decision would now be made on a central level and not by provinces who often decide on budgets behind closed doors.

This, however, doesn’t mean that provinces won’t have an important role to play as management agents in coordinating the delivery of health care facilities under their control. This arrangement is in line with the principle of a purchaser-provider split, an idea that underlies the NHI reforms. The concept essentially ensures that the provider of health services and buyer thereof are not the same organisation, as is currently the case.

In a purchaser-provider split, the public payers or purchasers of healthcare services — in this case, the NHI Fund — is organisationally different from those who provide the care and who are often contracted by the purchaser. This arrangement is believed to foster, for instance, greater efficiency and create health systems that are more responsive to patients’ needs, a 1993 article in the journal Health Affairs explains.

The NHI Bill also proposes that the health minister acts in consultation with the National Health Council to make decisions on, for instance, the benefits offered under the NHI as well as how much the Fund will reimburse hospitals for certain procedures.

In this vein, if the coordinating role of the health minister is delegated to the National Health Council, on which all health MECs serve, there may even be an opportunity to strengthen the overall governance of the NHI Fund.

Moreover, the NHI Bill puts forward that health facilities are given much more control over their income and budgets by paying them directly for their services.

Currently, how and when a province’s health budget is spent is mostly decided on by the provincial government – there is little opportunity for budget management input from facility or district health authorities. This has frequently resulted in late payments for crucial items or maintenance at clinics and hospitals — something that severely affects facilities’ ability to deliver quality healthcare services.

The NHI Bill proposes circumventing provincial governments and that hospitals are instead paid directly for their services. Meanwhile, clinics and community health centres will receive funding through primary healthcare contracting units. These reforms will enable facilities to exercise more control over the quality of their services and to manage their income.

But, there’s an important omission in the 2019 iteration of the Bill: How will these contracting units be funded? The 2018 version of the Bill proposed that funds should be allocated to contracting units through risk-adjusted capitation – this means that budgets would be calculated based on the actual health needs of the overall population that is covered.

That proposal is missing from the 2019 Bill.

The 2018 proposition presented significant benefits for the 40% of South Africans, according to the country’s latest census, who live in rural areas.

Because of a lack of funds and the way in which budgets are currently allocated, we have seen rural facilities serving the most impoverished communities reduced to skeleton staffing levels. With too few employees, these clinics and hospitals have barely been able to continue providing basic health services, let alone the specialised outreach services needed by, for instance, people with disabilities in remote areas.

As such, rural health systems have little capacity to address broader health needs. For example, the leading cause of death amongst young men living in the Eastern Cape’s OR Tambo District is interpersonal violence, according to district documents seen by the Rural Health Advocacy Project.

If we set aside just for a moment what drives this and the lack of any kind of community mental health response to levels of post-traumatic stress experienced by such communities, this is an obvious case of significant system failure. By localising health planning — and budgets — we can better generate data about an area’s health needs that can be used to design broader, more appropriate health responses.

Under the NHI proposals, the splitting of the financing and delivery of care will create an opportunity for the state to contract in private sector providers to service the needs of rural populations. Such contracting capacity, in areas where people have largely relied on public healthcare services, has the potential to introduce services such as optometry closer to where people live and to begin to serve a largely unmet need.

The Bill is, however, not without flaws with regards to the proposed governance arrangements. While recognising the centrality of the health minister’s office in coordinating the delivery of health services, the consistent mismanagement of state-owned enterprises justifies the public’s calls for more proactive risk management. Much stronger accountability mechanisms should be incorporated into the Bill to prevent corruption, patronage and nepotism.

Similarly, it is unclear how the proposed district management offices that will play a significant coordinating role, will be governed. Additionally, the role of hospital boards and clinic committees remains unclear.

In conclusion, as civil society, we should demand greater public involvement in the shaping of the NHI Bill as it gives us the opportunity to de-commodify and re-establish health as an essential public good that can contribute to the release of the potential of all our people.

Russell Rensburg is the executive director of the Rural Health Advocacy Project. Follow him on Twitter @russ421. This opinion piece is the first in our new series called, “Compass: Charting a course to the NHI.”