No, South Africa’s alcohol ban wasn’t the only thing that helped lower hospital trauma admissions recently, but it did play a substantial role.

South Africa’s ban on alcohol sales may be over, but the controversy around it is not. It’s time to set the record straight.

In a 17 May Sunday Times opinion piece entitled, “Liquor ban cedes control of the alcohol market to the criminal underworld”, editors emeritus of the South African Medical Journal Dan Ncayiyana and JP van Niekerk allege that the country’s recent temporary ban on alcohol sales was uncalled for.

We support some of Ncayiyana and Van Niekerk’s sentiments regarding improved liquor regulation, the upliftment of marginalised communities and avoiding punitive responses to psychotropic substances.

But the piece also contains several misconceptions and half-truths that need to be addressed, namely that there was a lack of evidence for the country’s temporary ban and that it was ineffective at reducing injuries and violence related to drinking.

Instead, we argue that the ban — although unsustainable in the long run — borrows from the World Health Organisation’s own guidance drawn from years of peer-reviewed research. We don’t think that the ban was solely responsible for reductions in hospital trauma admissions during previous phases of the COVID-19 lockdown, but we do believe it played a substantial role.

The ban on alcohol sales may be over, but the effects of alcohol on our society are not. An alcohol ban is unsustainable, but tighter regulation isn’t.

Firstly, South Africa did not impose a prohibition on alcohol in levels 4 and 5 of the lockdown. “Prohibition” is a term used primarily by the liquor industry as a straw man to deflect attention away from regulation and interventions that reduce alcohol harms at the population level.

Instead, South Africa implemented a temporary ban on alcohol sales but not consumption in response to the COVID-19 crisis.

The move aligns with one of the World Health Organisation’s (WHO) key, evidence-based strategies for reducing alcohol-related harms: Limiting the number of hours and days when people can buy alcohol. This, the WHO argues, should be accompanied by a drop in, for instance, alcohol-related violence and injuries.

Therefore, a recommendation to limit when and for how long you can buy alcohol is not informed — as Ncayiyana and Van Niekerk contend — by a mathematical model or a set of beliefs, but by the WHO’s comprehensive review of independent peer-reviewed intervention literature from different contexts.

No one should believe that alcohol was the only factor in reducing trauma admissions. And we don’t either

Ncayiyana and Van Niekerk also suggest that for an alcohol ban to be effective at lowering alcohol-related harms it would have to put a stop to drinking full stop.

But, in fact, any reduction in alcohol availability reduces harms. The pair provide no evidence indicating that this would not be the case in South Africa. Instead, their argument is premised on the assumption that the sales ban did not reduce consumption at all, which seems improbable.

Ncayiyana and Van Niekerk are also incorrect in asserting that the reduction in injuries seen during levels four and five of the national COVID-19 lockdown has been ascribed only to the alcohol sales ban – a misrepresentation readily repeated by the liquor industry, including in a recent BusinessTech article.

Most media reports acknowledge social distancing and less vehicles on the roads were also contributing factors to some decrease in trauma cases reported by hospitals.

But why does this misrepresentation serve Ncayiyana and Van Niekerk’s position?

It seems inevitable that there will be more trauma cases under the current level three lockdown.

But Ncayiyana and Van Niekerk attempt to pre-emptively ascribe this likely increase solely to the relaxation of other restrictions such as those regarding movement rather than the lifting of alcohol restrictions.

We can’t ignore some ugly truths

What seems to have become clear from various media reports is that resumption of liquor sales in the first days of the level three lockdown has in fact played a substantial role in the resurgence of trauma admissions across the country.

Ncayiyana and Van Niekerk also say that some countries also saw a drop in emergency room visits during the COVID-19 outbreak even without alcohol bans. For example, in England, emergency admissions dropped by 23% between March 2019 and March 2020, according to statistics from the United Kingdom’s National Health Service quoted in the media.

The drop in cases coming into South African casualty departments during stages 4 and 5 was substantially greater at around 65%, according to our modelling, which is currently under review. We believe this is most probably due to the cumulative effect of alcohol restrictions alongside social distancing and less vehicular traffic.

Moreover, the effect of sales restrictions in isolation was clearly shown in the week preceding the lockdown. With a partial restriction on alcohol sales until 6pm there was already a marked decline in non-natural death across the country.

However, there is some merit to Ncayiyana and Van Niekerk’s argument that economically deprived households were disproportionately affected by the alcohol sales ban as compared to wealthier households, which were able to stockpile alcohol before the ban came into effect.

But this ignores the fact that harm per litre of alcohol sold is higher amongst poorer sectors of society — despite the fact that people in poorer communities are less likely to be drinkers — as research has repeatedly shown, including a recent review published in The Lancet.

These poorer sectors of society are therefore also more likely to experience greater reductions in alcohol-related illnesses and deaths with reduced consumption.

While Ncayiyana and Van Niekerk assert that the material and human costs of the sales ban far exceed savings from hospital beds, and allude to an “unquantifiable cost of deprivation and inconvenience”, they present no costing data or modelling assumptions to support their arguments.

They also ignore the burden of disease estimates of a 2018 BMC Medicine study that ascribe 62 300 deaths per annum to alcohol and costing estimates of a 2014 South African Medical Journal study that ascribe a loss to the local economy of 10-12% of Gross Domestic Product annually. Their concerns about alcohol addicts having to go cold turkey are well-founded but however unpleasant, alcohol-withdrawal is seldom life-threatening unless people resort to poisonous concoctions.

We encourage government to direct drinkers to online or telephonic counselling services and to ensure that primary health and emergency services attend to people struggling with symptoms related to alcohol withdrawal. Medically assisted treatment must be available to those who need it.

Did the ban really undermine the public’s goodwill?

And where Ncayiyana and Van Niekerk are patently incorrect is in their assertion that the majority of SAs are social drinkers.

Although a little less than a third of adult South Africans drink alcohol, almost six out of 10 drinkers engage in binge drinking, the WHO reported in 2018.

It is this drinking pattern amongst drinkers – equivalent to 5.4 standard drinks per day – that sees South Africa ranking 6th globally in average consumption, according to the global health body.

If the ban on alcohol sales risks undermining public goodwill, as the Sunday Times opinion says, this is only a danger if the rationale behind the ban is not well understood. Here, government could have been clearer.

These are sufficient reasons for a sales ban, but we concede that government communication could have made the rationale for the ban better understood. Nevertheless, according to a Human Sciences Research Council and  University of Johannesburg survey conducted in April only 12% of citizens supported lifting the ban at that time.

However, the temporary nine-week liquor sales ban has been a necessary intervention to limit COVID-19 transmission in the early stages of the epidemic. We cannot ignore its immediate effects in contributing to a reduction in violence and injuries but do recognise that it was not sustainable.

Although it could not be extended indefinitely, we have been concerned that the reopening of alcohol sales will place an increased burden on our health services at the very time that we gear up for the COVID-19 peak.

We note the attempts to mitigate harms through careful management of availability — restricted to certain hours and days of trade for off-consumption sales. But we as a country should also consider other measures to contain alcohol-related trauma admissions, such as instituting zero allowable blood alcohol concentration levels for drivers, limiting alcohol advertising only to points of sale and banning the sale of alcohol linked to heavy drinking such as 750ml and one-litre beers.

The alternative is to go back to the more severe ban on sales implemented during lockdown levels four and five.

Richard Matzopoulos is co-director of the Burden of Disease Research Unit at the South African Medical Research Council (SAMRC) and an honorary professor in the University of Cape Town’s department of public health and family medicine.

Charles Parry is the director of the SAMRC’s Alcohol, Tobacco & Other Drug Research Unit and an extraordinary professor in the department of psychiatry at Stellenbosch University. Follow him on Twitter @profparry 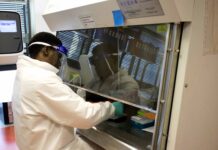