“As a young person, coming out about your HIV status to anyone is an emotional thing,” says Phindile Sithole-Spong.

“It’s a stressful journey and I feel like a lot of the time people undervalue how strong you have to be and how prepared you have to be because it’s not something you take lightly,” she says. “The possibility of rejection is so real.”

Sithole-Spong has everything going for her. She owns her own media company. She loves a glass of good red wine and she can cook up a storm. She’s been a youth ambassador to a United Nationals conference in Washington, DC.

When she was 19, she discovered that she had been born with HIV after she fell ill and landed in hospital.

“It was quite traumatic for me; not only the fact that I was HIV positive but [also that] I had a really low CD4 count [a measure of the strength of the immune system. The higher it is, the healthier the person is. A normal CD4 count is between 400 and 1600, according to online HIV information service Aidsmap].

“My CD4 count was two, so I had full-blown Aids at the time,” she recalls, sitting in a sunny room at the Parkhurst home in Johannesburg, she shares with her adoptive mother. Her biological mother died when Sithole-Spong was eight years old.

“I had heard about HIV and seen the campaigns. But I never ever thought it would happen to me. I thought I had been educated enough about it; it was never something that came up,” says Sithole-Spong.

“Finding out was emotionally and physically exhausting.”

Confusion
Having had only one sexual partner at the time, Sithole-Spong was catapulted into a world of confusion, wondering how she could have been infected. She told her boyfriend that she was HIV positive just hours after she found out. His test came back negative. Doctors then realised that she had been born with HIV.

“Even though he was comfortable with it and was there for me, our relationship ended because I was struggling to come to terms with my status,” she says. “HIV is not just a physical manifestation but it’s psychological as well and it does take a toll on you – whoever you are.”

Sithole-Spong says she took “time out” from dating to “deal with the emotional implications” of living with HIV before venturing into her next relationship. She had decided early on that she would tell everybody she got involved with about her status. Fortunately, she had the “luxury of having doctors who spoke openly” to her about disclosing her status and supported her.

When she was in her second year at the University of Cape Town, Sithole-Spong publicly disclosed her status at an event hosted by the institution.

“I dont think my love life has changed much at all; I guess because I’m so public with my status. People already know [I’m HIV positive] before they meet me,” she says.

“The sooner someone knows, the better for both of you. Its not like you stop having sex when you find out you are positive.”

According to the World Health Organisation, the risk of HIV transmission in serodiscordant relationships, in which one partner is infected with HIV and the other is not, is significantly reduced when the HIV-positive partner is on antiretroviral treatment, regardless of their immune status. HIV treatment is usually only introduced once the immune system is below a certain point.

Normal love life “elusive”
However, a counsellor with the HIV organisation loveLife, Dorcas Mshayisa, says although “antiretroviral therapy reduces the risk of transmission to a sexual partner, what is considered a normal love life remains elusive [for people living with HIV].

“Support groups play an important role in educating and giving support to people who are living with HIV. Ongoing counselling and having conversations with your partner help one to accept his or her status and to love the person for who they are, not what they have.”

But Sithole-Spongs choice to speak candidly about her status and her sexuality has drawn some criticism. She says she has been confrontated by people who believe that it is wrong of her to have sex or engage in “normal people behaviour”.

“I think some of the biggest fears people have about going into a relationship with someone who is positive is getting infected with the virus and the stigma around HIV. Because stigma doesn’t only happen to the infected person, it also happens to the people around you.

“So if you are dating someone who is HIV positive, people might deduce that you must be positive too,” she says. Some relationships end because families or communities oppose them.

Sithole-Spong says that it is often the people living with HIV who isolate themselves because they think their communities won’t accept them.

“The biggest problem with stigma is self-stigmatisation and I think that’s really where it starts. People who live with HIV are the ones to judge themselves first by thinking they are not good enough to date someone who’s negative. I think it’s the HIV community itself that has a problem with the virus.

“I also have my moments of insecurity about my status and sometimes you just need or want someone who understands that there are ups and downs,” she says.

Romantic by nature
But there is little that can keep this self-confessed romantic down.

“I would love to get married someday and have a soccer team of kids and the course of my treatment has been geared towards me having children. I want a big family and it’s a very real possibility.”

The dream of finding true love is shared by American singer and HIV activist Jamar Rogers, who has been living with HIV for seven years. He made headlines last year when he disclosed his status on the singing reality show The Voice. 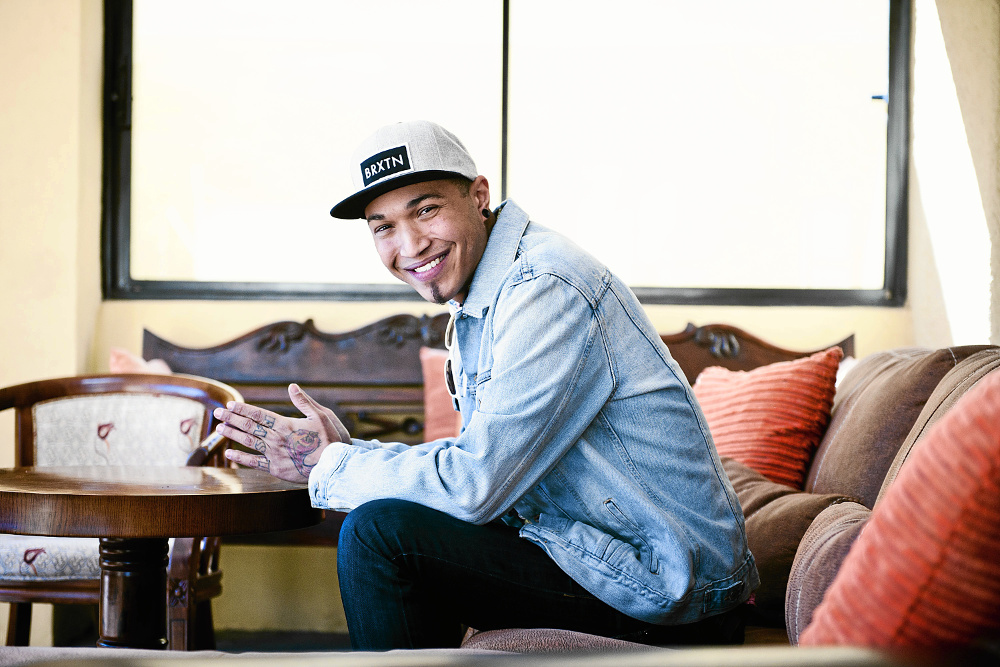 Rogers spoke to Bhekisisa about love, life and living with HIV while in South Africa earlier this year.

“Dating is probably one of the hardest factors of living with HIV,” he said. “That moment when you decide to tell that girl or that guy that youre interested in that you are HIV positive your stomach clenches up, your hands get clammy and theres a fear of rejection there.

“There’s always that risk that theyre not going to be cool with it – that they’re going to freak out. And they may smile and say that it’s okay and then never call you again. These are all instances that I have faced.”

He said that, although American society is advanced about a lot of things, HIV isn’t one of them as it is considered to be a virus that mainly affects homosexuals and drug addicts. This made it difficult for him to talk about his status.

When Rogers found out at the age of 24 that he was HIV positive he had a CD4 count of five and Kaposis sarcoma [an Aids-related cancer].

Wake-up call
The 32-year-old said that being diagnosed with HIV was the wake-up call he needed to clean up his life. It was at that point, he said, that he called his mother and asked her to help him to get his life back on track.

“I was an avid crystal meth user. I started using at the age of 18 and because of my drug addiction, I wasn’t just sharing needles, I was also into prostitution,” he said.

“I was definitely living a very high-risk lifestyle but when the doctor came back and told me I had HIV, I was completely shocked. I don’t know why I thought that I was discounted from that.”

Rogers said that, before falling ill, he had only been tested for HIV once despite the fact that he was in a relationship at the time.

The World Health Organisation estimates that only 40% of people with HIV know their status. The organisations figures show about half of HIV-infected people in long-term relationships have HIV-negative partners. According to loveLife, most new HIV infections occur among young adults and adolescents.

The United Nations National Programme on HIV and Aids report says that 35.3-million people were living with HIV in 2012, “an increase from previous years as more people are receiving the life-saving antiretroviral therapy”.

The report found that the persistent stigma around the epidemic delayed HIV testing and encouraged nondisclosure to partners.

loveLifes Mshayisa said the stigma also posed a challenge to HIV treatment and prevention efforts. However, she said, as HIV services improve and the disease proves to be manageable, “attitudes will change, and denial, stigma and discrimination will rapidly be reduced”.

Rogers said he believed that, over time, people will come to terms with the epidemic and those who are HIV positive will see that “as long as they take care of themselves they can have a healthy dating life, a successful career and even start a family”.

[This story was originally published 27 September 2013] Tell us what you think – make a comment and rate our story on a scale of 1 (really bad) to 10 (excellent). We’d love to hear from you.

Sex & social media: How to talk to young people about sexual health