The president of the South African Medical Association trade union, Phophi Ramathuba, has blamed poor management for a power outage at Chris Hani Baragwanath Academic Hospital earlier this week,  which left doctors with no choice but to operate on a patient using only the light provided by cellphones and iPads.

"In the early hours of Tuesday morning, doctors were operating on a patient with a ruptured ectopic pregnancy but there was a power outage during the surgery," said Ramathuba.

"The generator failed to kick in – luckily the anaesthetic machine had a spare battery. But doctors had to use cellphones and iPads to light the theatre while performing the surgery."

Images taken during the incident show several doctors holding their cellphones over the patient. 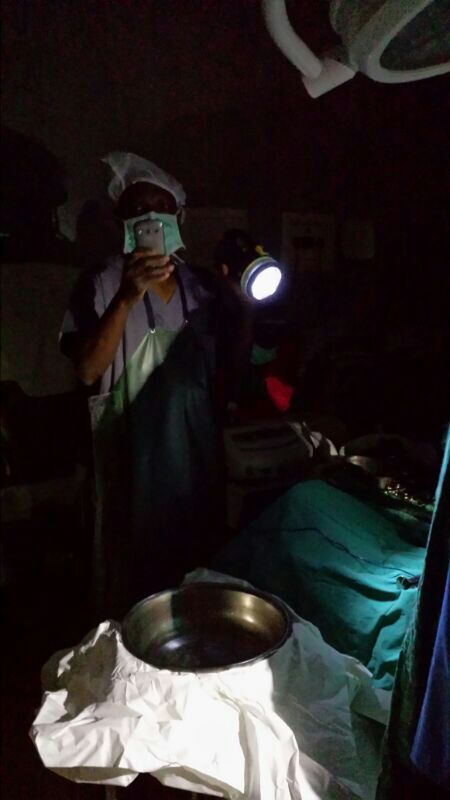 "Thankfully the patient survived. But hospitals are supposed to have a functional generator on stand-by for cases like this. Performing a surgery under these conditions is unhygienic and dangerous."

Ramathuba said that the hospital's management is supposed to have systems in place to deal with unforeseen circumstances and ensure that all equipment is adequately maintained to avoid crises.

This is not the first time such an incident occurred at the hospital. In 2011, Democratic Alliance caucus leader in Gauteng Jack Bloom was reportedly banned from the hospital for speaking out about the problems, including power outages which resulted in operations being cancelled and some being performed by light from cellphones when generators didn't kick in.

In October 2013, Bhekisisa reported on some of the appalling conditions at the hospital, including broken equipment, which doctors blamed on poor management.

Provincial health MEC Hope Papo apologised on Wednesday for the recent power outage saying that additional measures were being put into place to deal with operations during power outages. – Additional reporting by Sapa