As a researcher in the field of health and anthropology, I’ve heard many people complain about mismanagement of disability grants and “abuse” of the grant system.

This criticism often relates to people who allegedly “refuse to get better” so that they can continue to receive a disability grant.

Patients diagnosed with TB and undergoing treatment qualify for a temporary government disability grant, provided that they are not living in a state treatment facility and they meet the means test used to determine if their financial situation justifies the grant. People with TB receive the grant for about six to 12 months, after which it is re-evaluated.

My study project formed part of the University of Cape Town’s (UCT) social markers TB research project at the department of African and gender studies, anthropology and linguistics. My research was completed in 2012 as an honours project, which was based on three weeks of intensive fieldwork.

I conducted an ethnographic study and participant observation was my main research method, which involved spending time with participants in environments as close as possible to their everyday lives. I worked with six women, but spent a lot of time with two in particular.

Grants assist patients
My research findings reflect how disability grants assist TB patients in their time of financial need. As the research group was small, my findings are not generalisable to a larger population group. But they are an important reminder – for society and the government – that disability grants are potentially vital for people with TB and should not be stopped.

Frederik Booysen’s 2003 research at the Centre for Social Science Research at UCT focused on the role of social grants in the context of HIV in the Free State. He found that social grants lessen the socioeconomic effect of illness and assist in poverty-stricken homes. These grants are helpful in households at risk of sliding into deeper poverty because the sole provider is unable to work.

My research findings were similar.

Many South Africans are battling multidrug-resistant TB (MDR-TB), a form of TB resistant to ordinary TB medication. It is much more expensive and complex to treat.

Expensive healthy food
One of my research participants with MDR-TB, Thembi (not her real name) was advised to eat more healthily. She often had to consume more expensive foods, such as yoghurt as opposed to mealie meal, potatoes and rice, to improve her body’s ability to absorb her TB medication and boost her immune system.

TB-related expenses such as daily taxi fares for trips to clinics, as part of the directly observed treatment short-course system during which healthcare workers observe patients as they take their medicine, make it more difficult for a household that has already lost a breadwinner to survive; it puts them at risk of moving into deeper poverty.

Thembi’s experience reiterates these multiple concerns: she was the sole provider in her house for her two sons and two brothers. When she got sick, the household was thrown into severe financial crisis. Her sons helped where they could and, on weekends, continued to run her chips and sweets stall in Mitchell’s Plain. This was the household’s only source of income and it was not enough.

Unemployment
At the time of my research, Andiswa (not her real name) also had TB and was unemployed. She relied on the sporadic income of her partner, her mother’s business and a child grant of R280 a month.

Under such economic pressures, one can only imagine the enormous pressure that a TB diagnosis caused, in the lives of these women – there were added financial burdens, as well as emotional and physical stress.

Andiswa and Thembi received their disability grants soon after they were diagnosed with TB. When Thembi started receiving the grant, some of her financial stress was lessened. The R1 200 grant became her main source of income as she could not rely on her two brothers to buy food for her and her two sons. During my research interviews, it emerged how helpful the grant was to her.

She could “sleep better at night” knowing that there was at least food for her children.

When she had the physical strength, she would travel to the supermarket to buy groceries for her children. She explained she felt “so much better” knowing her children were not going to be hungry because their mother was unable to provide for them.

Andiswa shared the same sentiments: “I found out from the clinic [that] people who have TB get a disability grant and I applied for it. Now I get money every month; it helps me a lot. I can buy warm clothes, since it is winter, for me and my daughter. We are from a poor family; it’s only me, my daughter and my mother in the house. The grant is very helpful when it comes to food and toiletries.”

Financial and emotional burdens
Their disability grants relieved Thembi and Andiswa from financial pressures and offered them some form of unburdening even though they were still burdened with TB.

But this financial unburdening came at the expense of emotional burdening. My research found that these women faced “disrupted mothering” – a concept coined 15 years ago by Debra Jackson from the health sciences department of the University of Technology in Sydney, Australia. The term refers to women who experience guilt and distress when their mothering is disrupted.

This disruption of motherhood can happen even in the physical presence of the mother because she is unable to care for her children as she had done prior to her illness – she may be experiencing multiple treatment side effects such as fatigue.

Thembi and Andiswa faced a double burden of motherhood and illness, but the income from their disability grants allowed for a temporary and much-needed unburdening of their financial responsibilities. As they were often bed-ridden, the physical demands of motherhood were rendered impossible and care for their children was taken on by other family members or friends.

TB made Thembi and Andiswa feel like “bad mothers”. They also felt the pressure to protect their children and others from getting infected, which added to their emotional burden.

This emotional burden and the fear of dying and leaving orphaned children drove their treatment adherence. Because they no longer had to worry about money, they both argue that they were able to focus on adhering to their treatment.

The disability grant had a dramatic, positive effect on Thembi and Andiswa’s lives. It was an invaluable source of support and helped to unburden them from the financial pressures that TB brings. It will continue to do so for many more people.

Ziyanda Majombozi is a postgraduate student in anthropology at the department of African and gender studies, anthropology and linguistics at the University of Cape Town. She is part of Helen Macdonald’s social markers of tuberculosis research project, co-funded by UCT and the National Research Foundation 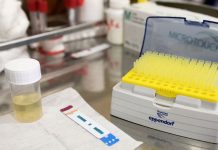