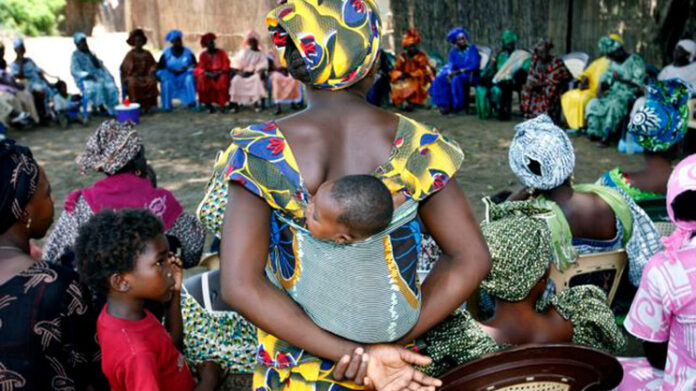 Hilary Burrage explains how often women are left with the worst of choices in the world’s poorest communities.

Female genital mutilation (FGM) is big business. It’s transglobal and sometimes organised by centuries-old formal agencies, on a for-profit basis. Like most other efficient businesses, it markets itself as in the interest of the consumer, into whose lifestyle expectations it is firmly embedded.

These observations imply no disrespect for the immense suffering which FGM causes. Across the globe there are probably 200 million women and girls now alive who have experienced (and survived) FGM.

Cutters are often paid. Until recently nearly all excisors were medically untrained, but increasingly, excision is undertaken by qualified clinicians, giving FGM in the eyes of some, a veneer of respectability. The World Health Organisation regards the medicalisation of FGM as the greatest threat to its final eradication.

FGM boosts low-paid medical workers’ incomes, and attracts kudos and power for traditional excisors in communities where other high-status work is hard to come by.

Horrific gateway to the adult world

In some areas of Africa, deeply rooted ‘tradition’ demands that local girls undergo FGM, and sometimes other harmful traditional practices (beading, breast ironing etc), if they are to gain access to a husband and the adult world.

Without FGM they are considered ‘unclean’; perhaps they will be cast aside from their community. The economic prospects for the girl and her family (as they will receive no bride price) may be as dire as those of the excisors, if FGM is abandoned.

An estimated 10-30% of those who undergo FGM may die from it, either directly because shock, haemorrhage or infection, or from further complications when giving birth. Infants whose mothers die or cannot care for them have a much higher likelihood of dying as well. Women’s much needed contributions to the local economy, of labour and enterprise, are lost.

Then there’s the difficult question of land. In some traditional African communities women own land in their own right. But women who have not had FGM may be refused adult status, and so the land may go back to their menfolk. Instead of becoming modern citizens by refusing mutilation, women may therefore be reduced to the status of chattels.

Diaspora: a marriage at what cost?

In western societies FGM may itself cause the very outcome it is intended, back ‘home’, to avoid. Girls experiencing FGM in places such as the UK may, like their African counterparts, withdraw from school, especially as they reach puberty, resulting in an alienation from mainstream society.

Given the huge human and hidden fiscal costs of not addressing FGM in the developing world, should UK Aid be conditional, in those countries most affected, on solid evidence that FGM is being tackled by the domestic authorities? This is approach may prove counterproductive, as practices would likely go under the radar.

But demanding an end to FGM would hit several universal targets, including health, efficient use of funds, and human rights. It could be more feasibly achieved by developing world national governments than putting an effective stop to corruption or re-couping lost tax.

Somehow, the message has to be brought home, that FGM is a very costly crime. Ultimately, that can only happen if those in governments and international agencies with the most influence, are willing to speak out and provide real leadership. Has anyone done the math? – The Guardian

[WATCH] How we know that stricter gun laws work