It’s late November and, in most of Kenya, school is out for the holidays.

But at the Eselenkei Boarding Primary School in Narok in the Rift Valley, the classrooms are still crammed full of girls. And today, they’re listening studiously as a teacher gives a lesson on Maasai culture and traditions.

“How many of you have heard about something called female genital mutilation?” the teacher asks. All the girls in class raise their hands, but no one is ready to explain what it is.

So she goes on. “For us  Maasais, the cut is done when a girl is between the age of seven and 10 years.”

“Do you know what happens after?”

One girl chimes in shyly: “You get married,” she says.

“Yes,” the teacher continues. “This means you have to stop going to school and get married because you are now a mature woman. So this is why we say it is a harmful tradition. At this age, you are still young and in lower class at school. It’s also against your rights as a child.”

The class is part of a growing trend in Masaai communities like this one, to create rites of passage for girls entering womanhood that don’t involve “the cut”, or female genital cutting (FGC).

FGC is mostly practised by communities in parts of East, Central, West and North Africa, although migration means that countries farther afield such as the United Kingdom see cases too.

As part of the tradition, women undergo surgery on their genitals, for instance, to prick, pierce or remove either parts or the entirety of the labia and clitoris — the organ responsible for sexual pleasure in most women.

In some communities, the process is thought to restrain women’s sexual desire and ensure fidelity as they transition into womanhood; other groups view it as a way to make women “clean”, a 2008 United Nations report explains.

Although the procedure has no medical benefit, it can leave women with a lifetime of consequences. Women can face infections, a lack of sexual desire and difficulties in passing urine and faeces, studies have shown. In the long term, they often report chronic pain and are significantly more likely to face life-threatening complications during childbirth such as Caesarean sections and haemorrhaging after birth, according to a 2006 study conducted in six countries and published in The Lancet medical journal.

In Norak, the girls gathered here will spend the next week learning about Maasai morals, traditions and culture, their sexuality and health, child rights, the importance of education and general life skills.

At the end of the programme, they will be given certificates as a confirmation that they have fully transitioned into womanhood.

Despite FGC’s deep cultural roots among many groups in  Kenya, the practice was declared illegal in 2011. But, as in many countries, legislation alone cannot dissolve centuries of custom and ritual.

And that is when training like this plays a role, says Loise Kaleke, who runs this project on behalf of the  Tasaru Ntomonok Initiative, an NGO that works against FGC and child marriage in the region.

“The aim of [alternative rites of passage] is to let the girls understand their bodies and what womanhood is all about,” she says. In other words, the programme is meant to help young girls to avoid FGC without turning their backs on their culture.

But how much “alternative rites of passage” can help to shift social norms remains unclear, given the paucity of rigorous research. A  2017 review by the international organisation Population Council found only three high-quality studies on the issue.

Although this work showed that alternative rites projects increased knowledge about FGC’s health consequences and led to the long-term abandonment of the practice, projects focusing on girls alone weren’t enough — the impact of programmes was attributed to strategies that targeted the broader community as well, including schools and local leaders and also child protection laws.

In 2001, researchers evaluated alternative rites of passage programmes in Narok and the districts of Tharaka and Gucha since 1996. In interviews with more than 1600 women, parents and community members, scientists found that, although awareness-raising activities helped to sway some people’s stance on the practice, they did so only when used in tandem with similar messaging from, for instance, religious organisations.

They also discovered that programmes may sometimes be preaching to the choir.

The three-district study found that families who allowed their daughters to participate in the project were likely to be more educated, of higher socioeconomic status and already against FGC.

Ultimately, researchers found that the impact alternative rites programmes can have in ending FGC depends on the social and cultural contexts in which they are implemented and how well they speak to those whose minds have to be changed.

Women in Somaliland speak out about their experiences of female genital mutilation.

In Narok, activists say alternative rites of passage programmes are working, particularly now that they are backed up by the law.

“Unlike before, where we faced resistance and even threats to our lives, these days it is quite easy to talk to the people about FGC and alternative rites of passage because people are aware of the law and they have seen people being arrested for practising FGC,” Christine Odonyo says.

But if the law has helped, so have women like Odonyo.

She is one of Tasaru Ntomonok’s “godmothers”, highly regarded older women from the community who are recruited to tell girls and their parents about the alternative rites of passage project. Because the message comes from people like her who are respected in the community, she says, it’s easier for families to agree to adopt new, safer ways of marking a girl’s transition into womanhood.

Although the exact number of girls and women worldwide who have undergone FGC remains unknown, at least  200-million girls and women have been cut in 30 countries, including Kenya, that keep data on prevalence, according to Unicef.

But the practice is also falling in popularity in almost every region where it is common, a study in the November edition of the British Medical Journal found. The decline has been particularly steep in East Africa, where prevalence fell from about 71% in 1995 to 8% in 2016.

In Kenya, rates are going down as well.

About 21% of women in the country were circumcised in 2013, the country’s 2014 demographic health survey shows — a staggering 44 percentage point reduction from the number of women almost two decades before, past surveys show.

Yet some ethnic groups here still have FGC rates of almost 90% or more; for instance, among the Somali, Kisii and Samburu. More than three out of four Maasai women have undergone the cut, according to the 2014 survey.

Tasaru Ntomonok Initiative director and founder Agnes Pareiyo says the main challenge is that some community leaders are still ignoring the law and not being punished for it. “We have some government officials who still find it hard to arrest an FGC offender because they still see FGC as part of the culture,” she explains.

In those cases, instead of the law stamping out the practice, it’s merely driven it underground, Pareiyo argues, compelling communities to cut girls at a younger age, in the night, or even cross the border into Tanzania to do it covertly there.

For centuries, girls have paid a high price to mark their transition into womanhood. Sylvia Salula (centre) underwent the procedure at the age of seven. She’s determined to make sure it doesn’t happen to others, including her sisters. (Marvi Lacar)

Sylvia story illustrates the continuing challenges of fighting FGC in communities such as Narok.

Now 21, she underwent FGC at the age of seven.

“I had stopped going to school after the circumcision because the cut meant that I was old enough to get married,” she remembers.

But on her wedding day at age eight, police and a representative of the local child welfare office stormed into her family’s home and arrested both her father and her would-be husband, who was 67. (Although FGC hadn’t been entirely banned at that time, performing it on children, as well as child marriage itself, was illegal under the country’s  2001 Children’s Act).

Salula was taken to Tasaru Rescue Centre, run by Ntomonok, where she was able to go back to school. She is now finishing a community development course at the Kenya Institute of Social Work.

After finishing high school, Salula went back home and reunited with her parents in a reconciliation ceremony organised by the centre where she was staying.

Her father was planning to circumcise her nine-year-old sister, Lilian.

“I am yet to understand why my father didn’t learn his lesson when he was arrested and why he insists on FGC even after being told [about] several of its dangers,” she says.

On her next visit home, she told her mother she was taking Lilian with her on a trip to the local market.

Instead, the two fled and never returned.

Lilian now lives with a friend of her older sister’s in Narok and is finishing school.

Salula says she plans to do the same for their six-year-old sister as well. She hopes that, by avoiding FGC and early marriage, she and her sisters will be able to finish their educations and help more Masaai women.

She says: “I plan to finish my studies and possibly get a job back at home where I can help my people.” 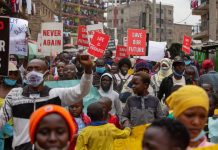 #PoliceBrutality: ‘They have killed us more than corona’ 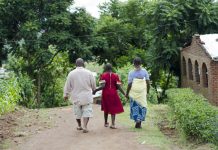 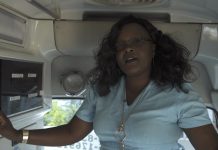 When ambulances wouldn’t respond to calls in this community, one woman started her own EMS company. 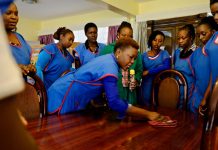 ‘They see us as slaves’: Domestic helpers head for the Gulf despite their fears of sexual abuse 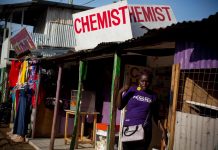 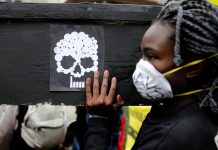 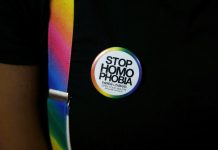 This country has upheld its ban on gay sex. Here’s why it could be deadly. 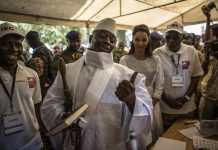