The pandemic’s impact is long-term: the UN warns that it could lead to 13 million more child marriages over a decade.

Samita (not her real name) is 17 and lives in the Lamjung district of Nepal. It was never easy, even before coronavirus, for her to attend school full-time. Living in a rural community in a family with little income she was expected to do housework as well.

Samita persisted though. At the beginning of the year, the Sisters for Sisters project run by international development charity VSO was supporting her with an “older sister” mentor, who was encouraging her to keep up her education.

Then, in May, with schools still closed and as many as a quarter of Nepali workers losing their jobs because of COVID-19, Samita’s mother decided her daughter should get married. To the dismay of Sisters for Sisters, Samita became one of three girls in the district to get married in the first months of lockdown.

There are many reasons that the VSO group wants to stop Samita and girls like her from getting married before the age of 18. Marriage at a young age can have devastating and lifelong consequences. Beyond the immediate loss of their education, it puts girls at increased risk of a life of abuse, ill health and poverty.

In a rapid reaction study by VSO in four rural districts where Sisters for Sisters are active, girls were asked about changes in their life since the coronavirus lockdown. A huge majority – 89% – reported increased pressure to do housework or agricultural labour at the cost of school work, and 11 marriages had taken place out of 152 girls. Local groups felt this was a clear increase on a normal three-month period.

Ananda Paudel, project lead for Sisters for Sisters Nepal, says: “The challenges that girls and young women have traditionally faced in Nepal appear to be returning because of the pandemic. Despite progress on gender equality in recent years, we fear that those hard-fought wins will go into reverse.

“The districts we work in in Nepal are highly reliant on migrant labour, with itinerant workers sending remittances back from India. Households in rural parts of the country are severely affected by the economic fallout from COVID. This is adding pressure on families to stay afloat … and the pressure on young girls to marry only increases.”

When schools around the world began closing their doors to pupils in March, child protection experts predicted that large numbers of children in the poorest parts of the world might never return to the classroom. Unesco estimated at the end of March that more than 89% of students enrolled in education globally, including nearly 743 million girls, were out of school because of COVID-19 closures.

There were warnings that this would lead to an increase in gender-based violence, with vulnerable students forced into work or abusive marriages.

Dr Faith Mwangi-Powell, chief executive at Girls Not Brides, a global partnership of more than 1 300 civil society organisations from more than 100 countries committed to ending child marriage, says there was growing evidence that school closures had led to a rise in gender-based violence.

“School was a safety net for many and this situation disadvantages girls more than boys because they are more likely to be married off, seen as a burden by families facing economic hardship,” she says.

“In Kenya, schools have been closed until next year. We are hearing these problems from members all over the world. These are huge challenges and the longer we delay in solving them, the bigger the impact will be for girls. We need to get girls back to school.”

The UN’s population agency, UNFPA, said in April that as many as 13 million more child marriages could take place over the next 10 years because of a six-month COVID-19 shutdown of schools and family planning services combined with increasing economic hardship.

In a survey by literacy charity Room to Read of 24,000 girls across eight countries, half were found to be at high risk of their education ending permanently because of the closure of schools.

The girls in India, Bangladesh, Nepal, Sri Lanka, Vietnam, Laos, Cambodia and Tanzania were asked key questions about poverty and home learning and pressures on the family. More than 40% said the pandemic had pushed their families further into poverty, while 7% said they already thought they would not be returning to school.

Government reports have indicated teen pregnancies have risen in Kenya, where schools are staying closed until January 2021, while in Malawi, where 42% of girls are married before 18, Care International reported that local groups have had to mobilise against an increase in both child rape and marriage.

Billy Molosoni is a gender and diversity adviser at Care Malawi. He says the impact has been even worse than was feared at the start of lockdown.

“What we are seeing and hearing is that more girls than usual are getting pregnant and some of them may not go back to school,” he says. “We did a rapid analysis of how COVID might impact child marriage and pregnancy before schools closed and there were worries then … but people didn’t imagine the extent to which it is actually impacting them.”

Molosoni says there was growing evidence of an immediate impact. “The government here have just done an assessment of the magnitude of the problem. We have been told informally that almost all districts in Malawi have seen at least a few percentages increase in pregnancy and child marriage.”

Malawi has a national child and gender-based violence helpline that covers half the country’s districts. The Tithandizane helpline, run by a youth organisation called Yoneco, has reported an increase in reports of instances of child marriage and rape. A spokesman says: “Child and forced marriage increased by 83% from March-May this year compared to last, while rape, which is linked to child marriage, increased by 151%.”

Care is supporting initiatives to support local chiefs and community leaders to break up child marriages. One project, led by Theresa Kachindamoto, an activist and paramount chief of the Dedza district in the central region of Malawi, has used a WhatsApp group with police and local village groups working together to tackle the issue.

Early marriage is just one part of what experts are warning is a wider pattern of damage being done to the rights of women and girls around the world by COVID.

The agency warns: “The COVID-19 pandemic could critically undermine progress made towards achieving these goals.”

• This article was amended on 7 September 2020. After publication the Tithandizane helpline contacted the Guardian to say the figure supplied for the increase in child and forced marriage was incorrect. The increase from March–May this year compared to last is 83%, not 350%.

This feature was originally published by The Guardian’s global development project. 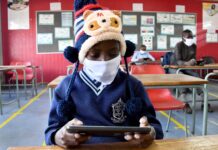 SA schools are back full-time. Will one million missing learners return too? 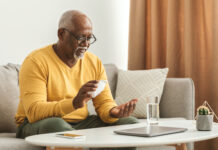