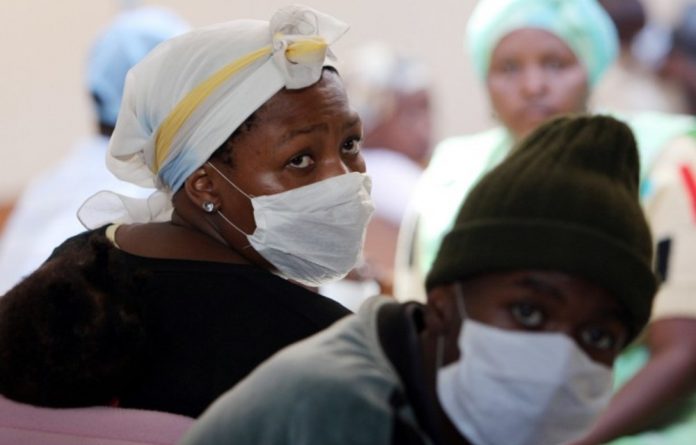 During the HIV pandemic, doctors were traumatised by the government’s  indifference towards patients’ lack of access to treatment. In the case of COVID-19, some physicians say, they have to cope with the devastating consequences of most of the country’s health resources having been allocated to one disease.

I had been a doctor for a few years working on the front lines of South Africa’s HIV pandemic when I met Jane*, a tough Treatment Action Campaign (TAC) activist who was herself HIV positive.

It was during the early 2000’s and South Africa was still early in its haphazard denialist response to the virus. Jane had managed to secure funding for antiretroviral drugs — at the time completely unaffordable in South Africa and only available to the wealthy — for herself and a small number of people through TAC.

As a result, Jane’s health improved.

She became pregnant and had an amazing kid. For a while, Jane was a success story — she religiously took her medication, understood every aspect of her illness and was engaged and hopeful.

Unfortunately, she developed an unusual side effect to one of the drugs that threatened her health. I called in every favour I had to help get her access to life-saving intensive care unit (ICU) treatment.

But it was all for naught, she died anyway.

Jane’s fate was not unusual during that time in South Africa’s HIV pandemic though she, having done everything “right” from securing drugs to monitoring her health, was for me one of the saddest casualties.

People were simply dying around us all the time and many health workers and I became grimly adept at consoling families and patients because we had no access to antiretroviral treatment for patients who couldn’t pay for it — the South African government only introduced free HIV treatment in the public sector in April 2004, after a lengthy battle between activists and former President Thabo Mbeki and his health minister, Manto Tshabalala-Msimang, who questioned the link between HIV and Aids, as well as the effectiveness of antiretroviral drugs.

In the late 90’s I worked in Johannesburg’s central public hospitals — Charlotte Maxeke, Helen Joseph and Hillbrow — where hundreds of patients could be found not only dying for lack of drugs, but without simple beds.

While the government spokespeople and ministers denied there was an HIV problem, if you set foot in a public hospital at the time, you would see people dying on floors.

Moral injury and the trauma of life and death decisions

I think of Jane and the many who died of HIV for lack of access to treatment — and the cost extracted on the doctors and nurses who cared for them. A cost which could be called a “moral injury”: the harm imposed on healthcare workers when there is a gap between their values and norms and the shortcomings of the care they can provide to patients.

As an HIV doctor, I watched the spread of the virus in South Africa and saw the government and the country’s response to it. Hundreds of thousands of South Africans — 330 000, according to a 2008 Harvard study published in the Journal for Acquired Immune Deficiency — lost their lives due to a lack of antiretroviral drugs alone.

I, and many other state doctors, also frequently had to decide whether to make the effort to resuscitate someone who was dying — this involved, often, breathing tubes and a fight to try to get them access to a ventilator and an ICU bed. Decisions that were made even as other doctors would, quite correctly, point out that we were using a finite resource on someone who would die soon anyway.

South Africa was, thanks to the efforts of activists and clinicians, able to spur government action and push the country to confront its HIV pandemic. Action which I think about as we now face COVID-19 — a pandemic that may kill more South Africans than any other single cause in 2020, and in only seven short months since the first official infection in this country triggered a massive response from the government and changed how we do once routine activities.

Like HIV, COVID-19 (and its various cousins, like the original Severe Acute Respiratory Syndrome (SARS) in 2002, bird flu in multiple years and swine flu in 2009) is a zoonotic infection — one that likely originated in bats in Wuhan province in China before making the leap to infecting humans. HIV came from chimpanzees, probably as a by-product of colonization, slavery and deforestation.

From a local outbreak in Wuhan, COVID-19 quickly spread across borders, helped along by increasingly convenient international travel. However, whereas HIV took years and decades to spread, COVID-19 needed only a few short weeks and months before making its way around the world.

But just as quickly as COVID-19 has spread, it has also moved swiftly to occupy our public discourse and our fears, changing our behaviour. And whereas there have been decades of safe sex messages to penetrate the public conscious  — these messages have been at most moderately successful — mask-wearing, physical distancing and hand washing have been adopted quickly and relatively comprehensively by the public. This is unsurprising, because unlike sex, these are public behaviours and easy to call out if violated, such as cigarette smoking indoors.

The response to COVID-19 has been, in some ways, a happy reunion for many HIV health workers. So many have been involved in COVID-19 activism, policy and research. Skills from decades have allowed us to move quickly, from seeing the media as an ally, to flagging government human rights missteps, to designing health programmes on the fly.

South Africa’s vaccine and drug research personnel pivoted in a matter of weeks to exploring COVID-19 prevention and treatment options. Clinicians at the coalface excitedly and generously shared their data and experience, eager to learn how to serve their patients better. Watching leadership responses, almost invariably littered with veterans from the HIV and TB wars, has demonstrated we have learnt from our other pandemics.

This connection and comparison from HIV to COVID-19 could also, in some ways, apply to the government’s speed in responding to the current pandemic.

Unlike the HIV pandemic, which saw the government delay treatment and officials as high as the president and health minister dally in conspiracy theories and ineffectual treatments, the South African government under Cyril Ramaphosa moved quickly on the accepted science. It implemented restrictions designed to slow the spread of COVID-19 and asked the public to take clear measures to help combat the disease.

But sadly, this initial response deteriorated into an incoherent, incomprehensible policy characterised by security forces cracking down on the public and allegations of massive corruption around health resources, undermining some of the most passionate and committed responses from healthcare workers I have seen.

Defensiveness and a lack of transparency around policy undermined public trust in the common sense and necessary behaviour change we needed to protect us. For example, allowing church gatherings while lecturing the nation on partying, smacked of hypocrisy and moralism rather than genuine health concern.

It is my belief that though South Africa’s response to COVID-19 has been affirming to see, it has come at a cost. To explain why I have to return to the question of moral injury and the consequences of throwing a nation’s efforts at a single disease — however devastating that disease may be.

Early in South Africa’s pandemic preparations, there had been discussions about potential moral injury with regards to COVID-19 cases. For example, doctors began debating whether enough ventilators would be available to COVID-19 patients and how hard choices might need to be made to decide who will be given access to one. But, despite these concerns, potential shortages of care did not emerge, certainly nothing compared to what the country faced in the early days of the HIV pandemic.

Although South Africa was right to take COVID-19 seriously, preparations caused many primary health programmes to be neglected, in particular for tuberculosis and HIV, and our vaccine programme. Essentially, many plans nearly collapsed or were seriously constrained. The risk of life lost to COVID-19 seemed to eclipse other diseases.

Instead of having an adult conversation, South Africa had a massive investment of resources in COVID-19 that, although in some ways justified, didn’t ask what the implications were for the country’s HIV and TB efforts — diseases which still affect millions of South Africans.

South Africa appears to have been spared the worst of the COVID-19 pandemic. The potential reasons why — our relatively young population or some resistance conferred by the pre-existing coronaviruses already circulating, for example — are still being researched. There is also a possibility that as the country begins to open up again we may have a second spike.

During the HIV pandemic, the moral injury I felt was the casual indifference of the state towards people like Jane who might do everything right yet still die. Today, it is watching one disease be pitted against others when cool heads should be seeing how we can tackle COVID-19 while, at the same time, preserving our precious public health gains in other areas. No person, and no disease, should have been left behind on the floor.

Francois Venter is the head of Ezintsha, at the University of the Witwatersrand. To hear more, join Venter and others in Bhekisisa’s webinar on September 30, 7pm. Register here.

Francois Venter is the head of Ezintsha. Ezintsha is a research and policy unit based at the faculty of health sciences at Wits University.