South Africa’s expansion of social grants during lockdown was a good move — new evidence shows such cash transfers are effective in reducing food insecurity. But the country may need more of these and may also have to increase their amounts.

A finding from a new systematic review that unconditional cash transfers (UCTs) — cash payments provided to financially disadvantaged people without requiring anything in return — work to improve food security, may suggest the direction of change needed in South Africa’s food security policy, and in its implementation.

Systematic reviews are studies that pull together the findings of several comparable studies that answer the same research question.

The Cochrane review, which was published in August and included 59 studies on access to food, mostly in Africa and Asia, and some in Latin America, aimed to uncover the global evidence on which types of community-level interventions improve food access for individuals, households and communities.

Although South Africa experienced food insecurity even before the COVID-19 lockdown — 11%  of South Africans (about 6.5 million people) suffered from hunger — this increased significantly over the last five months as a result of measures implemented to prevent the spread of COVID-19. During hard levels of lockdown, the Coronavirus Rapid Mobile Survey (Crams), published in July, found that 47% of adults surveyed, reported that their household ran out of money to buy food in April. Between May and June, 21% said that someone in the household went hungry in the previous 7 days and 15% that a child went hungry in the previous week.

[WATCH] Winter queues and COVID grants: ‘We are hungry and sleep here every day’

Although the review focused on interventions intended to address long-term access to food, these mediations are also useful in tackling the consequences of ‘shocks’ — such as the COVID-19 pandemic — on short- to medium-term food insecurity in South Africa. The review showed that the unconditional cash transfers implemented during lockdown, such as increasing the R440 child support grants (by R300 in May and by R500 from June to October), and providing ‘social relief of distress grants’ of R350 — are the types of interventions that do help to improve food security.

But the success of UCTs lies in their implementation which, it has been argued, needs to be strengthened on a number of levels in South Africa. The Cram survey found that these grants may not be reaching all the households that need support, possibly because of issues relating to targeting (there are households that meet the criteria for grants but are not getting it), bureaucratic processes (applications are confusing or practically inaccessible, for example if they need to be done online), and monitoring and follow-up support (is the money being spent on something else that doesn’t benefit the child or the whole household?). In addition, the absolute amounts of the grants may not be sufficient, especially for large households that receive only one grant — so the child support grant ends up effectively as support for the whole household, with many still requiring the kind of social relief offered by non-governmental organisations.

“Everything went more ‘deurmekaar’ with lockdown,” says Naomi Betana of the Witzenberg Justice Coalition, a social movement that works in the rural farming areas just north of Paarl in the Western Cape. “More and more poor families didn’t have access to food. Even farmworkers – who create the food – didn’t have access.”

Many people lost their jobs and were left with no money to buy food. Others were stranded with no transport to supermarkets.

“It’s been tough,” Betana says. “We’ve had queues of 200 to 250 people at our food kitchen. Mostly children and mothers. Hardship increased a lot during this time.”

Betana, who describes herself as Witzenberg ‘born and bred’, says this fruit-farming area (incorporating Ceres, Tulbagh, Wolseley, Op-die-Berg and Prince Alfred’s Hamlet) is not poor but, like most of South Africa, faces extreme inequalities where “there are people living in extreme wealth and those fighting for food”.

The COVID-19 lockdown has exacerbated these inequalities, most starkly shown throughout the country by the kinds of dramatic increases in hunger like those Betana describes. Her community’s hunger – and her and her colleagues’ efforts to feed people basic food twice a week – was one experience among countless others in South Africa, as food insecurity increased. Governments’ efforts to increase social grants and provide food parcels to those in need (800 000 in the Western Cape) during lockdowns have been laudable but not enough – and in the long term are not sustainable. This amplifies the urgency of the question as to how South Africa can improve its alarming levels of food insecurity.

Food insecurity, when people do not have physical, social and economic access to sufficient, safe, nutritious foods to be healthy, is a longstanding problem. Globally, around 870 million people are undernourished, a number that has been increasing since 2015, especially in low- and middle-income countries (LMICs) in Asia and Africa. Food insecurity affects the health, social and economic situation of individuals and communities.

Governments and international agencies use different types of interventions to try to improve food access, ranging from cash transfers to income-generation strategies, food vouchers, food subsidies and social-support programmes. But which are most effective at tackling the health-related aspects of reduced access to food?

The review looked at 59 studies reported between 1980 and February 2020, including up to 169 485 participants and 124 644 households. Most (35 studies) assessed cash transfers, where money is provided directly to households with the main goal of poverty alleviation, as well as other types of interventions such as income-generation schemes (17 studies) to improve buying power (e.g. livestock management or self-help groups), vouchers and subsidies to address food costs (8 studies), and social support interventions (e.g. village savings and loans or grant programmes; 2 studies).

The review evaluated how these interventions affected measures of food security such as the proportion of income spent on food, measures of nutritional status, such as how well children grew (stunting, wasting), among others.

Of the 35 studies that assessed cash transfers, 21 evaluated UCTs and 14 assessed conditional cash transfers (CCTs), where conditions such as school attendance or healthcare visits have to be met to receive the money.

UCTs, conditional cash transfers and interventions that help generate income or efforts that help minimise the impact of food prices through food vouchers and subsidies can potentially improve dietary diversity.

UCTs and food vouchers may have a potential impact on reducing stunting, but CCTs, income‐generation interventions or social environment interventions do not seem to make a difference on wasting or stunting.

CCTs seem to positively impact cognitive function and development but not UCTs. This may be due to the fact that in CCTs, beneficiaries are required to meet specific conditions such as attending school or visiting the health clinic regularly for growth monitoring or supplementation, among others.

Further implications of the Cochrane review for South Africa are that other options found to alleviate the negative impact of shocks – such as the impact of the COVID-19 pandemic on food security and child undernutrition – are food vouchers and food and nutrition subsidies.

Food vouchers, which may be a component of South Africa’s R350 short-term ‘social relief of distress’ grants, depending on the province, but not a long-term element in South African government food assistance or social grants, can be provided to households or individuals to buy food. They are usually intended for the purchase of specific, preferably healthy foods, and can be redeemed at designated vendors. They could be electronic and thus empower recipients to buy foods they need, as well as — in the case of this or any pandemic — help reduce potential viral contamination that might happen with food parcels.

Food subsidies could also be considered, to help reduce the cost of the food to the consumer and the burden of rising prices of staple foods and essential food basket items observed during the pandemic. (The Pietermaritzburg Economic Justice and Dignity’s price surveys found an 8.2% increase in the price of a household food basket between 2 March and 3 June 2020.)

Back in Witzenberg, asked which form of government assistance Betana believes works best on the ground, she said: “I think vouchers give more power and enable women especially to take ownership – but in a crisis, people just want something.

“People are grateful but also angry, disappointed and bitter,” Betana says. “They feel that once again they have been ‘laaste op die lys’ [last on the list], neglected, their voices not heard. It’s important that people hear all sides of the story.”

As lockdown has eased, the coalition’s use of the kitchen to feed people has decreased, but Betana and her colleagues are still regularly asked for food hampers, she says. Betana would like to see more responsive, community-centric plans and actions. “People want to know there is a plan,” she says.  “Everyone should know what that is – even the person eating scraps from a dustbin.”

Michelle Galloway is the part-time communications officer for Cochrane SA. She is also a freelance writer, editor and media consultant in the science, health and academic editing field and works also for the Stellenbosch Institute for Advanced Study.

Vundli Ramokolo is an epidemiologist working as a specialist scientist in the Health Systems Research Unit of the South African Medical Research Council. She is a co-principal investigator in a birth cohort assessing the child support grant and its link to dietary diversity and child growth.

Asked and answered: Six things you need to know about the new COVID variant in South Africa

Miracles and medicine: How COVID-19 has been changing the traditional remedies game 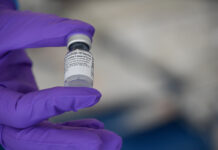 Will vaccines work against the new COVID variants? Scientists race to find out

Nearing the second peak under lockdown Level 3: Here are the rules 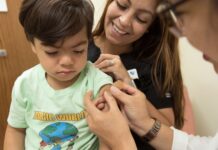 Back to school? Why paediatricians are torn on whether kids should be part of COVID vaccine trials

[ICYMI] South Africa to remain under level 3 lockdown, with some changes 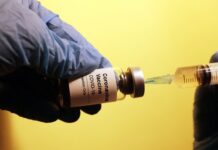 Who should get the COVID-19 vaccine first in South Africa?