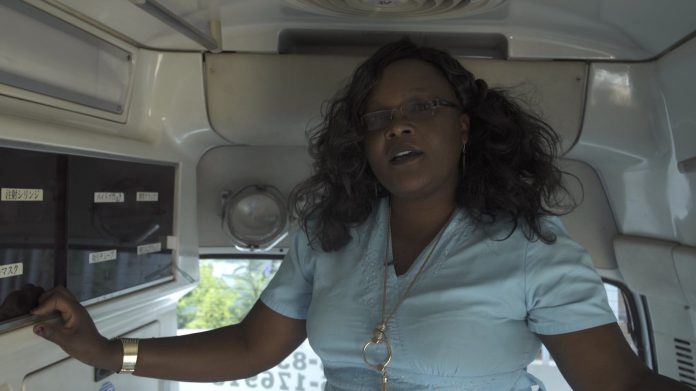 Where ambulances fear to tread: Life in Africa’s largest informal settlement is rife with problems. Getting emergency care shouldn’t be one of them, says Evalyne Nyangweso.

No day is the same for Evalyne Nyangweso, entrepreneur and owner of an ambulance service dedicated to an unforgiving community prone to poor health, disease and high crime rates.

Operating in Kibera, Africa’s largest informal settlement, where traditional ambulances daren’t go and even police tread carefully, Nyangweso and her crew are the first responders to medical emergencies.

From domestic violence to gang rape, rapid response paramedics encounter extremes. Punctuality and compassion are key, and failure can result in being pelted with stones by frustrated bystanders.

It’s not a job for the faint-hearted.

Despite this, Nyangweso remains dedicated and on-call 24/7 to 250 000 of Kenya’s poorest people. In the little spare time she has, she advertises, handing out calling cards in hospitals and churches and posting stickers around Kibera.

How to build your own ambulance service

Her company, Rapid Response, is now in its third year. Nyangweso came up with the idea after she was made redundant from Nairobi’s St Mary’s Mission Hospital.

Nyangweso and her husband are both trained nurses, with children aged nine, 14 and 19, for whom they have high hopes.

“It’s a medical family. I like it and would like them to be in the same field. If not the ambulance [service], maybe doctors or surgeons,” she says.

She knew the Red Cross were struggling to cope with demand in Kibera. After completing a paramedic course, she bought a fully equipped ambulance and a second compact vehicle to negotiate the narrow dirt tracks. Both were second-hand.

The next challenge was communication.

With no hi-tech call centre, Nyangweso uses her own mobile, juggling business and personal calls. She hopes one day she will make enough money for a second phone, as her current one has a broken screen.

“We collected a pregnant woman from Kibera and delivered her to hospital but her child died. She had no phone and wanted to ring her husband to ask him to take the child to the mortuary, as the hospital won’t do this without payment,” Nyangweso explains.

“I lent her my phone. Carried away by emotions, she threw it, damaging the screen. She had no money to pay for it or the ambulance journey. There was nothing I could do.”

Medics in the line of fire

Kenya’s health service is not free and the briefest contact with a medical practitioner is met with a demand for payment.

“With most clients, we simply agree on a figure. Within Nairobi, we’re supposed to charge 5 000 shillings [R720] for each trip. In Kibera, they cannot afford that, so I charge between 3 000 and 3 500 shillings [R430 to 500] depending on the strength of their family. We won’t refuse someone in need because they don’t have money,” she says.

“Some patients don’t pay. They promise and don’t honour it.”

Nyangweso continues: “One woman had her baby prematurely, the baby needed to be taken to intensive care. She had no money but said she would pay the next day, so we took them. Unfortunately, the baby passed away. The next day I rang the woman who asked: ‘Why are you calling? Why do you want me to pay when my baby is no more?’ – so she didn’t pay. That is life in Kibera.”

The liveried vehicles sit on standby in Nairobi’s Uhuru Gardens car park from 8am to 6pm, six days a week and staff are on call throughout the night. Nyangweso monitors response times; drivers must be at their vehicle within five minutes of a call and ambulances must arrive at the scene within 20 minutes, despite Kibera’s dark streets where road accidents, muggings, assaults, and shuttle runs between hospitals are commonplace.

“Conditions in Kibera are not easy. It’s overpopulated, with no discipline. It’s every man for himself, which makes our work difficult,” says Nyangweso. “Problems occur during disputes. You’re there to take one party to hospital but the other side does not want you to, so they start pulling you about. We’ve never been attacked but I know of cases where ambulances have arrived late and the patient had deteriorated. The crowd became angry and beat the crew brutally.”

“Problems occur during disputes. You’re there to take one party to hospital but the other side does not want you to, so they start pulling you about. We’ve never been attacked but I know of cases where ambulances have arrived late and the patient had deteriorated. The crowd became angry and beat the crew brutally.”

On the frontlines of the war on women

Nyangweso’s primary concern is for women.

“Life is hard for women…The men are idle, drinking alcohol all day, it’s up to women to fetch food for the family. When they get home their men take their money to buy more drink. There will be a quarrel – he’s drunk, feels inferior and unable to provide for the family. That’s why there are a lot of rapes and domestic violence. It’s brutal, men use sticks, pangas and knives on women. Neighbours call us, and often we cannot stop the bleeding, we can only wrap the injury and stretcher the woman to hospital,” says Nyangweso.

Kibera has a prolific rape crisis. Perpetrators target the young, the elderly and those with disabilities. “Incidents of rape are high at any time of the day. Girls aged 9–15 being raped by middle-aged men is most common,” she says.

“Victims often run away, so it comes down to the parents to follow up the case. If they don’t, the police take no action,” says Nyangweso.

If rape is suspected the paramedics have to stop at Kibera’s police station to report it before going to hospital.

“At the police station, they check outer clothing for signs of assault or semen. Only if they agree it’s rape – [then] we take the victim to hospital. If the family give consent the hospital will go through the examination process but up until recently it was not free, they had to pay. Likewise for DNA tests, but this changed recently. Sometimes having to pay is a problem, so maybe they leave it, treat the victim and go back home. Then later you hear that the father or husband of the raped woman has fought the suspect and a grudge builds between the two families.”

A significant number of the guilty go unpunished.

She adds that the government should create jobs for Kibera’s men. “Many are idle, drinking cheap brews, causing indiscipline and shortening their lives – but I think they simply don’t care. [They think:] ‘I will never be a victim because I can [punch] somebody. I cannot allow it to happen, I’m capable.’

“These things happen to women in Kibera because they are not independent, but I can live my own life with my children and if my husband starts, I can tell him to leave. I am independent.”

This is an edited version of a story originally published by The Guardian’s Global Development project.