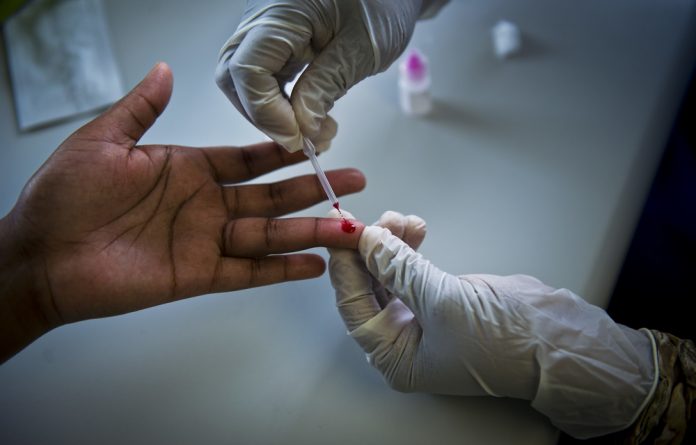 By the end of this week, another 1,300 more young women will have contracted HIV. Here’s how we can start to change that

Given the relative lack of discussion of HIV in the media — outside of World Aids Day — and political parties’ dearth of “noise” about our epidemic in the run-up to the recent elections, some may think that there is no sense of urgency about HIV in South Africa.

We’ve made significant progress in the fight against HIV with more than 4.5-million people on antiretroviral (ARV) treatment.

Before prevention of mother-to-child-transmission programmes were introduced in 2002, up to 40% of babies born to HIV-positive mothers contracted the virus before, during or shortly after birth. Today, less than 2% of infants born to women living with HIV become infected, according to 2018 research published in the South African Medical Journal.

Expanding ARV treatment is part of the reason why life expectancy in the country began to rise in 2008 after years of decline. Today, it’s the highest it’s been in more than a decade, Statistics South Africa data shows.

[PODCAST] Could an implant the size of a match stick save teenagers from HIV? Find out via our #SAAIDS2019 podcast:

But there is much more that needs to be done in a country where the latest household survey shows that up to 7.9-million people are infected with the virus.

An estimated 230 000 people contract HIV every year, and our young women bear the brunt of this.

At the height of our epidemic, almost 2 000 women between the ages of 15 and 24 became HIV positive each week. We’ve brought that number down to about 1300 — but it’s a figure that is still devastatingly high.

By 2022, that picture could look drastically different: We could have more than halved the number of people who contract HIV each year and have slashed new infections among young women by almost 40%.

How do we reduce new infections by 60% in a mere three and a half years?

We have to keep getting the basics right — and, at the same time, we have to take advantage of the latest science.

We need to fight complacency by ensuring that everyone knows what HIV is and how it’s transmitted. Young people need to be empowered to choose when they become sexually active so that more of our youth can delay sexual debut. And when they do become sexually active, they must have the knowledge to understand their HIV risk — including that which comes with having multiple partners — and have the tools they need to prevent it.

We need to promote condom use, and when consistent condom use isn’t always an option for people at a high risk of HIV — we need to increase access to the HIV prevention pill. When taken daily, the tablet can reduce a person’s risk of HIV infection by more than 90%, studies have shown.

And if all this fails, people need to know they have options after they’ve been exposed to HIV to prevent infection — namely post-exposure prophylaxis or Pep.

Research published in 2016 in the journal Clinical Infectious Diseases shows that the one-month trio of daily antiretroviral medication can reduce the risk of HIV infection by about 80% if taken within 72 hours after exposure to the virus.

We also have to keep talking to our men. Studies have demonstrated that male medical circumcision can reduce a man’s chances of being infected with HIV via vaginal sex by up to 60%. If 80% of men between the ages of 15 and 49 underwent the quick procedure, 2011 research published in the journal PLOS argued, South Africa could avoid one-million new infections between 2011 and 2025.

And we need to convince more men and young people to test for HIV earlier so they can start treatment sooner.

The country’s HIV household survey suggests that 85% of South Africans know their HIV status, and about three out of 10 who do are on treatment.

When people take their ARVs consistently and correctly, they can bring the level of HIV in the blood down to undetectable levels — this is also known as being virally suppressed. Studies have shown that people who are virally suppressed cannot transmit the virus.

The latest household survey found that 86% of South Africans on ARV are virally suppressed.

Women of reproductive age have the highest rates of knowledge, treatment and, unsurprisingly, viral suppression.

But men had the lowest levels of not only knowledge but also treatment.

Today, South Africa can boast the world’s largest HIV treatment programme, but 3.2-million people who need ARVs still aren’t on them. To get a handle on the country’s HIV epidemic, the national health department estimates that we need at least 6.1-million South Africans not only on treatment but also virally suppressed by December 2020.

To do this, we’ll need not only to start 89 000 people on treatment every month — but we’ll also need to make sure they stay on treatment.

This week, civil society, scientists and government officials will gather at the 2019 South African Aids Conference in Durban to discuss the latest research in the field of HIV.

They’ll talk about what isn’t working — and what is.

To make the most of innovations, we should think about how these programmes can build better bridges between families, communities, community-based organisations and government.

Novel approaches to HIV should help people understand just how at risk they are of contracting the virus and, on the other hand, also to ensure access to quality services to those that need them.

The conference must discuss how broad partnerships can be constructed to ensure that we reach these testing and treatment targets with a particular focus on innovations on how to get men and young people, in particular, to test for HIV, to start treatment immediately and then to stay on it.

The dialogue amongst people living with HIV, civil society organisations as well as researchers, implementers and policymakers that must occur during the conference and beyond must, therefore, be robust, constructive and also instructive.

It is only with a whole of society response that South Africa will overcome the burden of HIV.

Yogan Pillay is the national health department’s deputy director general for communicable and noncommunicable diseases. Follow him on Twitter @ygpillay.