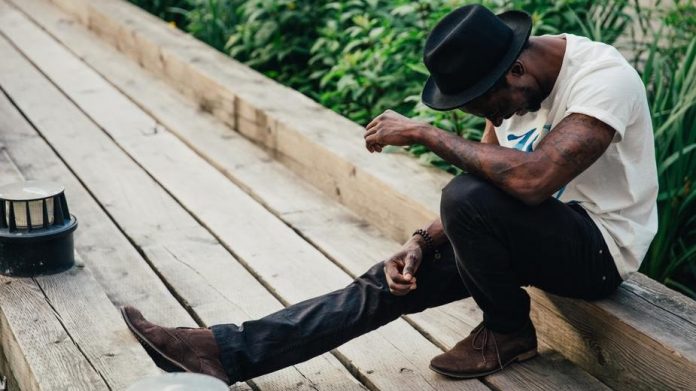 Young men living in urban informal settlements have experienced a huge amount of violence and trauma in their own lives. This may not come as a surprise to some, but within the HIV research world, it is rarely discussed.

It’s obvious that men’s practices and behaviour are central to women’s vulnerability to HIV. This is why a major focus in the fight against HIV has been on interventions involving work with men and boys to “transform masculinities” specifically on forms of masculinity that reinforce men’s power over women as a way to reduce HIV transmission.

But are HIV risk behaviours intimately tied to male power? Do they always emerge from a position of power and control over women?

We conducted research to examine this view of male power and its impact on HIV transmission. My co-authors and I wanted to understand how to make sense of the HIV epidemic in relation to young, black men in South Africa via quantitative research.

The results of our research underscore that ending the HIV epidemic requires a multifaceted approach. Interventions involving men must tackle the structural drivers of HIV risk. These include poverty and men’s experiences of violence in communities. In addition, efforts to manage the impact these have on men’s mental health must be included in future programmes. Throughout this work, there must be a continued focus on transforming gender inequalities, as these remain central to men’s HIV risk behaviours.

Young men experience a huge amount of trauma, violence in their own lives

We used quantitative data from two trials in Gauteng and KwaZulu-Natal. Both examined whether interventions can reduce men’s perpetration of violence against women. We collected data from 2394 young (18-30) men living in urban informal settlements in both settings.

The quantitative data we collected asked men a series of “standard” questions about their HIV risk practices, and views about gender relationships. In addition, we also asked about their experiences with poverty, depression, and alcohol use. Importantly, we also asked about their experiences with violence, including feeling or being close to death; witnessing the death of a loved one or friend; and being robbed at gunpoint or knife-point.

We found a number of important relationships.

First, young men living in urban informal settlements have experienced a huge amount of violence and trauma in their own lives. This may not come as a surprise to some people, but within the HIV research world, it is rarely discussed.

Men’s HIV risk behaviours were not only tied to their control over women but also emerged from their experiences of poverty and traumatic events.

There are three implications of this for HIV prevention programming work with men.

First, reducing the overall levels of violence and poverty that men experience growing up remains crucial. This is because it shapes their subsequent experiences and practices.

Second, the high levels of depression and alcohol use are a response by men to unresolved trauma and grinding poverty. HIV prevention programming needs to recognise and tackle this.

Third, tackling gender inequitable attitudes needs to remain at the heart of HIV programming, as these attitudes remain a key risk factor for HIV risk behaviours.

Andrew Gibbs is a senior specialist scientist with the South African Medical Research Council’s Gender and Health Research Unit. Gibbs receives funding from the UK Department for International Development, as part of the What Works to Prevent Violence Against Women and Girls? Global Programme, which is managed by the South African Medical Research Council. This does not necessarily represent the views of the funders, and the funders had no input on this analysis or decision to publish. This article is republished from The Conversation under a Creative Commons license. Read the original article.