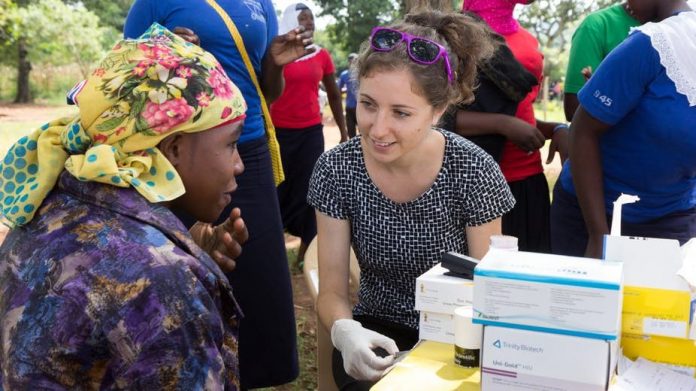 A survey of 198 global health organisations showed that nearly 90% were headquartered in North America or Western Europe, with boards dominated by men.

The field of global health has evolved from colonial and military medicine, tropical medicine and international health. While it is evolving for the better, research shows that global health is still struggling to shake off its colonial past.

Equity is at the heart of global health. And yet, research studies show that global health researchers, funders and journals are not walking the talk on equity, diversity and inclusion.

Global health research is driven by funders and agencies that are dominated by experts from the Global North. A survey of 198 global health organisations showed that nearly 90% were headquartered in North America or Western Europe, with boards dominated by men.

There is growing awareness about “safari” or “parachute” research and its negative consequences. The recent story of Jean-Jacques Muyembe, the Congolese doctor who discovered Ebola but did not get much credit until today, is a striking but perhaps extreme example.

Even when research is done collaboratively, there are issues with authorship and inclusion.

Rose Mbaye, Yap Boum and colleagues from the University of Rochester, Doctors Without Borders (MSF) and other institutions did an analysis of research studies conducted in Africa on HIV, malaria, TB, salmonellosis, Ebola and Buruli ulcer. They found that African authors are highly under-represented as first and last authors. These authorship positions often get the most visibility and credit.

Bethany Hedt-Gauthier, Jimmy Volmink and colleagues from Harvard Medical School, Stellenbosch University and other institutions did a similar analysis. They found that over 50% of all co-authors and first authors on papers about health in Africa were from the country of the paper’s focus. But if any co-authors were from the United States, Canada or Europe, then overall representation of African authors dropped, particularly in the first and last author positions. This was most frequent when collaborators were from an American university.

Trends from specific global health journals such as the The Lancet Global Health, and specific areas of research such as paediatrics and maternal health confirm these findings of under-representation of authors from low- and middle-income countries.

Who is editing the research?

Since editors act as gatekeepers, who edits research matters a lot. In a recent study, we examined the composition of editors and editorial board members of 12 major global health journals to examine diversity and inclusion. Across all journals, only a third of editors were female, and a third were based in low- and middle-income countries. Only one in 10 editors were women based in low- and middle-income countries. Among the 12 journals, all except two were managed by institutions in the United States or Europe.

Given these findings, it is easy to understand why research papers from low- and middle-income countries, written entirely by local experts, rarely get published in high-impact journals.

Some of the concerns about editorial board diversity can be addressed quickly.

In fact, some journals such as the Lancet Global Health and BMJ Global Health have already pledged to achieve parity in gender and representation of low- and middle-income country expertise. I hope other global health journals will follow suit.

But there are deeper layers to the problem and addressing them will require much more than the reconfiguration of editorial boards. It will need us to collectively ask and address hard questions such as, why, in 2019, most global health journals and funders are headquartered in London, New York, Geneva and Seattle, and run by colonial-era institutions.

In this context, Seye Abimbola, editor of BMJ Global Health, has written an important piece called “The Foreign Gaze”, where he attempts to unpack the imbalances in academic global health.

Abimbola begins by quoting Toni Morrison, who wrote: “Our lives have no meaning, no depth without the white gaze. And I have spent my entire writing life trying to make sure that the white gaze was not the dominant one in any of my books.” By rejecting the “white gaze”, Morrison helped black people see themselves in their own stories.

Abimbola argues that there is a similar problem of gaze at the heart of academic global health. He prefers to replace the word “white” with the word “foreign”.

According to Abimbola, efforts to address imbalances in authorship in global health are incomplete without aiming to go beyond mere representation on lists of authors; without tackling the colonial attitudes and practices that those imbalances represent.

His paper shows that those colonial attitudes and practices manifest in three important ways:

“It is very easy to submit to the colonial conditioning of global health. So, it is important that we become more aware of these often subtle, but consequential choices we make as authors, and feel free enough to talk about them in the open,” he says.

There may be a legitimate role for a foreign gaze, but that should be explicitly discussed.

I did my medical and residency training in India. During my training days, we had several foreign students visit us for short-term projects. While they published their work, we locals rarely did. After reading Abimbola’s paper, I now understand that we were frustrated by the “foreign gaze” problem.

Today, I am a “foreign expert” living in Canada. I understand that I need to be more reflective on the choices I make, and “lean back” when the situation does not demand a foreign gaze, or when a foreign gaze can actually be a barrier to making real progress on the ground.

Madhukar Pai is the director of global health and a professor at McGill University. Follow him on Twitter @paimadhu