When I meet Douglas Muzanenhamo on the sunny residential street he lives on in Zimbabwe, I immediately like him. He's tall and thin and warm, with a big smile and a firm handshake. Muzanenhamo leads me into the small room he uses as his office-cum-kitchen-cum-living room — his family rents two rooms at the back of a long, shared house — and before I even have the chance to sit down, he says: "Okay, let's talk."

Muzanenhamo is a man on a mission — or many. Generally, he strives to be an active citizen in an otherwise largely repressed environment. But his focus of the day is to better Zimbabwean prison conditions for everyone, particularly for people living with HIV.

Muzanenhamo (49) is married and has a teenage son. He has been imprisoned three times for his involvement in activism on a variety of issues. He's also HIV positive. When he was jailed for a month in 2011 under allegations of treason, he was denied regular access to antiretrovirals, which led to a deterioration in his health — and to a legal battle.

Represented by Zimbabwe Lawyers for Human Rights (ZLHR), Muzanenhamo filed a constitutional application with the country's Supreme Court in 2012, hoping for a ruling that police or prison officials denying treatment to people living with HIV is unconstitutional.

Without receiving a ruling from the Supreme Court, Muzanenhamo earlier this year brought the case to the Constitutional Court of Zimbabwe — the highest court in the country. According to ZLHR, his was the first case to be heard by the newly formed court. His case has been heard, but Muzanenhamo is still waiting for a ruling.

Not only about prisons
Muzanenhamo's case speaks volumes not only about Zimbabwean prison conditions, but also about the political and legal environment plaguing the country's activists.

The reason he was detained in 2011? He was arrested along with 44 others for attending a meeting organised by the International Socialist Organisation to commemorate the death of Zimbabwean HIV activist Navigator Mungoni, and to learn about the Arab Spring uprisings. They were accused of plotting to use "Egyptian-style" tactics to overthrow President Robert Mugabe.

Without going to court, Muzanenhamo spent a month in jail. He says he received antiretrovirals only sporadically for the first several days of his detainment, and none at all for the last two and half weeks. The medication needs to be taken at the same time every day in order to be effective.

Muzanenhamo says his cellphone was confiscated, so he could not ask his family to bring his medication. Instead, he had to rely on pills given by the prison without knowing what medicine they contained.

His lawyer, Tawanda Zhuwarara, says: "[Muzanenhamo's] HIV situation [took] a back seat. It's seen as an inconvenience, a distraction, a nuisance … In prison, the patient doesn't matter."

Muzanenhamo also says he was made to strip naked, sleep without a blanket and was given inadequate food. Good nutrition is essential for people living with HIV because their immune systems are so vulnerable. Some antiretrovirals also have to be taken with food.

Muzanenhamo describes Harare Remand Prison, where he stayed after being detained at Harare Central Police Station, as "hell on earth. The place is dirty, it's over-crowded, and I could not eat a balanced diet there. It was sometimes half-cooked food … and stale bread. We were like dogs. We were given torn clothes, no shoes, no jerseys."

"We thought they were going to kill us"
While in prison, Muzanenhamo complained about his treatment, rallying other HIV-positive inmates to do the same. But they were punished for speaking out.

"They put us in a truck that drove around Harare, without windows, just moving. We thought they were going to kill us," he says. "We [then] stayed for four days in solitary confinement, with a bucket for a toilet, and they would let me out for only one hour a day. All the complaining guys were treated like that … That was [a] time I'll never forget in my life, 23 hours every day, alone."

After a month in jail, 39 of the 45 accused were acquitted.

During his detention, Muzanenhamo's CD4 count dropped from 800 to 579 (the count indicates how strong or weak someone's immune system is — as HIV-infected people's CD4 counts drop, they become increasingly vulnerable to illness).

"I became sick … I began to lose weight," he says. "The doctors said that if I had stayed longer than a month, I could have died. And that's when I decided to file my case."

Speaking in court earlier this year, Tinei Dodo from the attorney general's office reportedly said police officers were unaware of his health condition — an unlikely scenario given that some antiretrovirals were given by officers to Muzanenhamo during the early part of his detention. According to Zhuwarara, "he explained that he's HIV positive … The first question he asks [was], 'can I have access to my own medication?'?"

Muzanenhamo's experience is not an anomaly. An article published in the Lancet medical journal in 2009 described widespread disease, over-crowding, starvation and unsanitary conditions in Zimbabwe's prisons.

Little access to HIV medication
Muzanenhamo had similar treatment in 2005 when he was arrested and detained for participating in a demonstration organised by the Zimbabwe Congress of Trade Unions against the high cost of living.

"I spent one week in prison. I didn't have access to my antiretrovirals. There was no running water, the toilets were blocked … I've never seen such a thing."

ZLHR has represented Jestina Mukoko, who Zhuwarara says "was denied access to medication, suffered psychosomatic stress, was psychologically tortured, physically tortured, [and] held incommunicado" during her imprisonment. Because her injuries were so severe, ZLHR obtained a court order so that she could go to a medical facility outside of prison, claiming that prison medical services were inadequate.

Zhuwarara also tells of a prisoner who was beaten so severely that his intestines fell out of a wound in his abdomen. He did not receive medical care in prison, so he had to hold his organs in a bag while attending a bail hearing. He was denied bail and sent back to jail, and the judge told prison officers to "sort [the man's] condition out".

"[Poor medical treatment] is endemic with our police holding structures," says Zhuwarara. ?"There is no obligation upon them to provide medical care."

A member of the International Socialist Organisation, David Mpatse, who was arrested with Muzanenhamo for attending the Arab Spring meeting, died of a lung infection a month after he was detained. He was also held in solitary confinement.

During the week that Bhekisisa visited Harare, Movement for Democratic Change (MDC) youth organiser Rebecca Mafukeni died in hospital after nearly two years of being imprisoned on charges of murdering a police inspector. She fell ill with meningitis while in jail. Speaking to a local newspaper, MDC youth spokesperson Clifford Hlatshwayo says Mafukeni also went blind while in detention.

Muzanenhamo advocated heavily for sanitary and dignified prisons throughout the drafting of the country's new Constitution, which came into effect earlier this year. In 2012, he was arrested again for these efforts, and charged with inciting violence. But this time when he went to jail, "I saw a great improvement. I was given a blanket, there was running water … the floors were nicely done".

Optimistically, he suggests that he was arrested because "they wanted me to see that they [had] improved! I did not even get angry, because I said 'it's a victory!' … They even gave me my [antiretrovirals] on time. Those actions, they work, they work."

The new Constitution includes the right to health and the right to food and water, but Zhuwarara says that these have yet to be actualised. Muzanenhamo's case may help to test the waters. 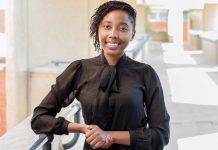 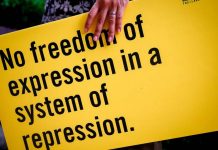 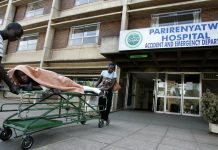 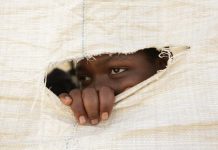 ‘My family had no business selling me off for R4’ 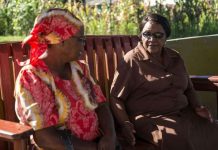 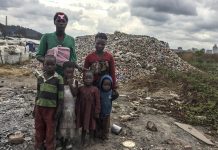