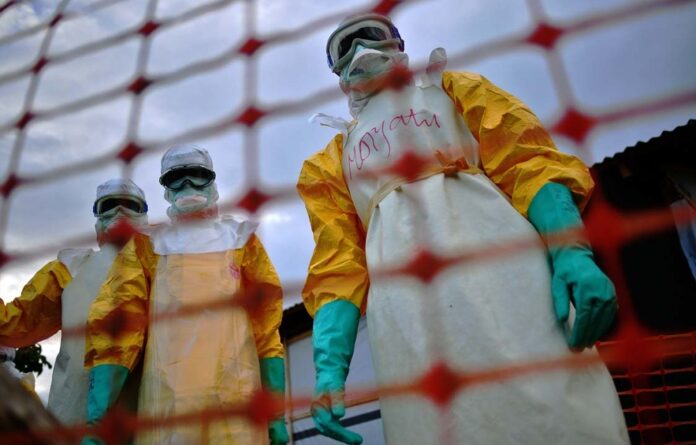 The national health department says that the level of “hysteria” in South Africa around the deadly Ebola virus is “unprecedented” and has led to discrimination against patients suspected of being infected, even if they tested negative.

Speaking at a public discussion at the University of Witwatersrand on Friday, the department’s chief director of communicable diseases, Frew Benson said that the panic has even affected health care workers in local hospitals.

More than 1 550 people have died from the Ebola virus since March – including 120 health care workers – according to the World Health Organisation (WHO).

The outbreak has mainly affected Sierra Leone, Guinea, Liberia and Nigeria, and a separate Ebola outbreak was recently confirmed in the Democratic Republic of Congo. South Africa has had two suspected cases which both tested negative.

“The first suspected case was a woman who presented to one of our hospitals late into her pregnancy and had to undergo a Caesarean Section,” said Benson. “But despite the fact that we had blood results that showed that she was Ebola negative, nurses refused to wash her and there needed to be some higher intervention to get them to do it.”

Banned travel
Head of Public Health Surveillance and Response at the National Institute of Communicable Diseases Institution Lucille Blumberg said that the bulk of the affected countries are conflict areas whose public health systems and general infrastructure have been destroyed by years of civil war.

This, she says, has left “health workers who bear the brunt of the burden” exposed and “ill-equipped to deal with the outbreak”.
Several countries, including South Africa, have banned travel to and from most of the countries experiencing Ebola outbreaks.

On Friday South African Airways announced that anybody travelling between South Africa and Guinea, Liberia or Sierra Leone will now have to get written permission from the national health department.

However, the WHO branded such restrictions unnecessary, “except in cases where individuals have been confirmed or are suspected of being infected with [the Ebola virus] or where individuals have had contact with cases of [Ebola]”.
Ebola is transmitted through directed contact with the bodily fluids (tears, sweat, blood, semen, vomit, urine and stool) of an infected person.

“But there needs to be an entry point, for instance if the skin is broken or has a cut. The virus doesn’t just jump from one person to the next,” said Blumberg.

Phyllis Mbanje was a Bhekisisa fellow in 2014.