Could a National Health Insurance Fund be just months away? 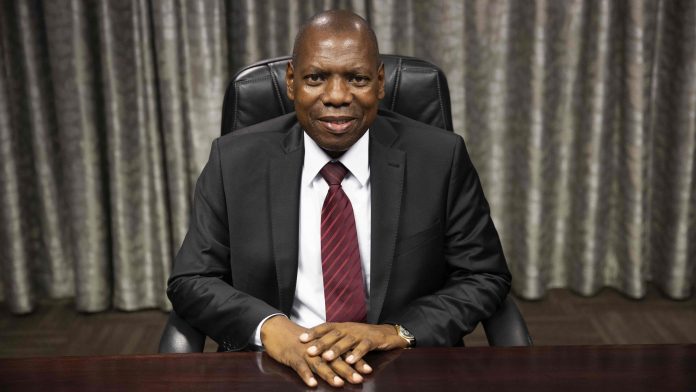 The time for talk is over, said Zweli Mkhize in his first budget speech as health minister. But if you thought that Cabinet’s approval of the National Health Insurance Bill was the end of discussions, here’s why you’re wrong.

The National Health Insurance (NHI) Bill could be law this time next year if the health department has its way.

Delivering his first budget speech in parliament as health minister on Friday, Zweli Mhkize took to reciting a proverb that may become a tone-setting quote for his tenure: NgesiZulu kunesisho esthi umkhonto uphelela etsheni.

“Loosely,” Mkhize said, “that means the spear of a coward gets destroyed by the unending effort to sharpen it instead of getting on with the battle.”

Mkhize then explained: “We must stop sharpening the spear now and march to battle and implement the NHI. There will never be a perfect plan or perfect timing.”

The ANC MP and former KwaZulu-Natal health MEC Sibongiseni Dhlomo then took to the floor.

“People say just fix your clinics and hospitals, and then everything will be okay [to roll out the NHI]”, he argued. “Our research shows that no country in the world waited for all things to be fixed before implementing an NHI.”

And he’s right. From India to Brazil to the United Kingdom, no one had a perfect healthcare system before moving to universal health care.

For instance, just three years before Mexico implemented its version of the NHI, almost 80 women died as a result of pregnancy or childbirth for every 100 000 live births, putting it amongst the top 100 deadliest countries in which to give birth, 2000 WHO data shows. But because the country pushed through with universal access to healthcare, by 2015, that number had more than halved although the country’s shift to universal healthcare has not been without its difficulties.

Just days before his budget speech, Mkhize presented Parliament with the national health department’s latest annual performance plan in which it indicates that the final NHI Act is likely to come into effect before March 2020.

The NHI Fund itself, a centralised pool of funds for purchasing services from the private and public health sectors, will be established a year later after which it will begin buying a comprehensive package of services in selected districts.

By March 2022, this pot of money will also be used to buy services from regional and tertiary hospitals.

The bundle of things everyone will be entitled to — the basic package of services — will be developed ahead of a similar bundle designed to govern what kind of hospital services will be included. These services could also become the basis of a basic medical aid option proposed by the Competition Commission as part of its four-year investigation into the private healthcare sector. But that, as well as what medical aids will look like under the NHI, remains to be seen until the NHI Bill is tabled in Parliament and made public.

In the version the previous health minister, Aaron Motsoaledi, released last year, medical aids can co-exist with the NHI, but it is unclear whether they would be able to offer the same services as the NHI, or just top-up services.

About a dozen pieces of legislation, including the Medical Schemes Act, will have to be amended to allow for the NHI. A controversial draft amendment to laws governing medical aids has already been released. The next phase of this legislative overhaul is expected to take place this year as the department drafts proposed amendments to the National Health Act.

On 3 May 2018 at 3:24 pm, ANC stalwart Billy Ramokgopa heard the ping of a new message come through on his phone:

“Some of us are concerned about what’s going on at the national health department. We’d like to make some constructive suggestions” it read. “Let’s chat urgently.”

The message gave birth to a WhatsApp group of 250 nurses, doctors, academics and government officials — many of whom had first met in their 20s and 30s as anti-apartheid activists.

Their virtual reunion was prompted by what had become the undeniable crisis in the healthcare system. Even party stalwarts now admit the state of public healthcare in the country is worthy of the “c-word” — however triggering the phrase might have been for past administrations.

Today, what was once a WhatsApp group is now the Progressive Healthcare Forum, and its members have already successfully lobbied for the Presidential Health Summit that took place in October. A resulting social compact on health is now expected in the coming weeks, Mkhize has announced. Many forum members also sit on various advisory committees within the government.

The Progressive Health Forum admits it doesn’t know how to fix South Africa’s system, but it thinks it might know where to start.

It has suggested seven areas to start with, including better prioritising of funding and programmes as well as reviewing how well statutory bodies like the Health Professions Council of South Africa are working.

It may seem like the new health minister might be a better listener than most. His inaugural budget speech went through no less than seven drafts as he peddled the text to civil society and activists for input before he delivered the address. And his positive interactions with the forum could bode positively for the NHI discussion in which so many details — details that will speak to the values and character of the country — still need to be fleshed out.

Both health MECs for the Northern Cape and Gauteng were there.

Mkhize wasn’t. But organisers delivered an apology on behalf of the minister and his deputy, Joe Phaahla.

Someone quipped: “That was more than we could expect previously.”

A version of this story was originally published in The Daily Maverick.

Facebook
Twitter
Pinterest
WhatsApp
Previous articleWATCH: Zweli Mkhize presents the health budget and the National Health Insurance Bill
Next articleToday, this rural KZN community is about to make global headlines. Find out why.