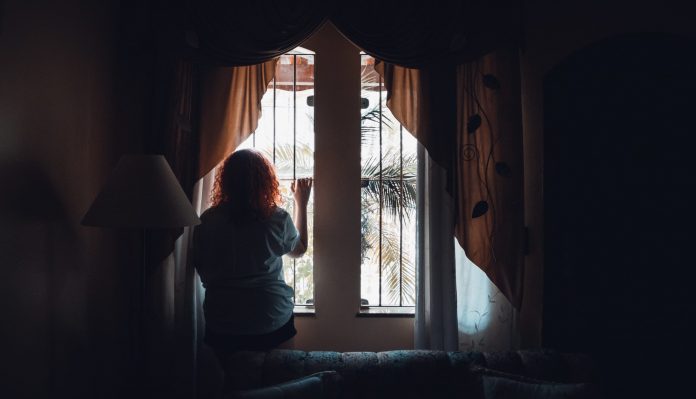 Students set to be repatriated also report an air of secrecy around their final destination and have been told not to divulge the quarantine’s location publicly. One student also said they’ve been told their cell phones will be taken from them when they land.

South Africans living in the epicentre of China’s coronavirus outbreak are expected to return home within the next few days. One hundred and eighty-four South Africans will be flown home from Wuhan, according to a statement by the interministerial task team, the National Joint Operational and Intelligence Structure.

No South African who tests positive for the new coronavirus prior to getting on the plane returning to South Africa will be allowed to return with the group, Health Minister Zweli Mkhize told journalists at a 1 March briefing. Instead, they will be referred to the Chinese health system.

Mkhize confirmed South Africa’s third case of the new coronavirus on March 9 — the wife of the 38-year-old man from Hilton, KwaZulu-Natal, who was announced as the country’s first case on March 5. The second case, announced on March 8, is a 39-year-old woman from Gauteng. A day later, the country’s health department confirmed its seventh case.

All seven cases were among a group of 10 people who recently returned from an Italian ski trip. Italy has become the epicentre of the epidemic in Europe. The World Health Organisation has dubbed the virus the severe acute respiratory syndrome coronavirus 2 (SARS-CoV-2). The virus causes coronavirus disease, or COVID-19.

According to the health department nine of the 10 people returned to South Africa and all of them have been tested for SARS-CoV-2 — the, as of 6 March, the department was still waiting for six of the group members’ results but expected them within 48 hours.

The children of the husband and wife who tested positive, were tested and their results have come out negative. “However, as part of taking extra precautions, these children will remain in self quarantine until their parents have tested negative. At that point, they will also be tested to ensure that they remain negative,” the ministry of health said in a press release issued this morning.

Until their parents test negative, the children will be regarded as potentially infected and not attend school, the ministry said. “This is in an effort to curb the risk of spread to other children and teachers.”

South Africans returning home from Wuhan will be quarantined for 21 days at what many media outlets have reported will be a venue outside Bloemfontein. However, the health ministry issued a statement Saturday saying the government is now sourcing “suitable accommodation all over the country”, including “hotels, game reserves and resorts in remote areas”.

Students set to be repatriated also report an air of secrecy around their final destination and have been told not to divulge the quarantine’s location publicly. One student, who spoke to Bhekisisa on condition of anonymity, said they’ve been told their cell phones will be taken from them when they land.

“They said it is for our own safety,” the student told Bhekisisa.

Based on Mkhize’s previous remarks, the repatriation is expected to happen in the coming week.

Many South Africans have taken to social media to wonder whether this homecoming will bring with it another case of the virus. But South Africa’s quarantine process will err on the side of caution — further diminishing the risk of a new case among the group.

The country’s 21-day quarantine stretches far beyond the recommended 14 days for people who may have been in contact with the virus. Those arriving from China would have tested negative for the virus before departing for South Africa and only be allowed on the plane if they had not shown any coronavirus symptoms, Mkhize told journalists at a 1 March briefing. Plus, they’ve already spent about six weeks under quarantine in China where they have been repeatedly tested for SARS-CoV-2, explains Mehtar.

According to Cohen, the decision to quarantine the Wuhan contingent as a group made logistical sense given that so many people were returning together from a high-risk area.

Those who arrive home will be quarantined in single rooms complete with amenities such as television sets — in hopes of keeping them occupied, acting director-general for the national health department Anban Pillay told eNCA Thursday.

Pillay went on to say: “They will remain in their rooms and be free to communicate electronically with everybody as they would wish.”

Currently, the WHO recommends that people who have been in contact with a confirmed case quarantine themselves at home for 14 days to minimise the risk to the public. This means keeping a distance of at least one metre from others in your home, no sharing bedrooms or close contact. No quarantine is yet recommended for people who have simply returned from a country reporting cases of the virus.

How do you protect yourself from COVID-19?

When people infected with the virus sneeze or cough, they can release tiny particles carrying the coronavirus into the air that then land on the everyday surfaces we touch. Here are five ways you can prevent contracting the virus:

Quarantines involve keeping people who are not ill but have been exposed to an infectious disease, separate from the rest of the population to help stem its spread. People who then develop the condition are then put into isolation. Historically, officials have weighed the need to contain outbreaks via these measures against the cost of infringing on people’s human right to move freely.

Wuhan, along with other cities in Hubei province — which is considered the epicentre of the latest coronavirus outbreak — was placed under complete lockdown by the Chinese government in late January, about three weeks into the epidemic. In an extreme form of quarantine, people were barred from leaving the city and attending social functions, such as school, sports events, or taking public transport.

But quarantines work best when only a few cases of a sickness have been reported, says the National Institute for Communicable Diseases’ (NICD) Cheryl Cohen. If an illness is already widespread, the tactic is of little use.

“China’s bold approach to contain the rapid spread of this new respiratory pathogen has changed the course of a rapidly escalating and deadly epidemic,” argues a WHO report released earlier this month.

Now, six weeks into the quarantine, China has seen a huge decline in the number of new cases reported. Meanwhile, on 2 March, the WHO announced that the number of cases reported in the last 24 hours outside of the Asian country was nine times those documented within its borders.

But not all countries have the capacity or the authoritarian social control to pull off what China did.

Today, Italy is trying a similarly ambitious quarantine of 10 cities after the virus was detected there on 20 February. But quarantines in Japan, which attempted to among other things lockdown a cruise ship, and South Korea — where the city Daegu was asked to self-quarantine — have not been as effective.

Currently, some scientists think that when the virus leaves the body — for instance, when people cough, propelling droplets of virus-carrying saliva onto their hands or surfaces — SARS-CoV-2 dies in temperatures of about 24 or 25°C.

“The virus is very sensitive to heat,” explains Mehtar, who also sits on the WHO’s coronavirus expert committee, “so [our current] temperatures are basically too high for the virus.”

She says: “Even if one or two people get infected the spread of it is not going to be very good because the virus doesn’t like heat.”

But scientists disagree about if the weather will play a role in transmission.

Oxford University professor of global health Trudie Lang was adamant that it was too soon to know for sure what role heat plays in the outbreak. “We absolutely don’t know that,” she told New Scientist magazine in February. However, at least some researchers, including those at the University City of Hong Kong are already assuming that warm weather will curb the new coronavirus in mathematical modelling predicting the virus’ future spread in China, papers currently in print show.

“When we have our winter, then [SARS-CoV-2] might come to us but at the moment I don’t think it’s going to come here,” Mehtar says.

Mehtar stressed that South Africans should not panic about the new coronavirus. “I am not concerned about South Africa just at the moment.” — Additional reporting Joan van Dyk, Dylan Bush, Laura Lopez Gonzalez and Mia Malan.

[6 March 16:35pm This story was updated to include information that the evidence on the impact of heat on COVID-19’s ability to survive, is inconclusive.]

[6 March 17:55pm This story was updated to include new developments about where the quarantine is located.]

[7 March 13:53pm This story was updated to include the announcement of SA’s second COVID-19 case, which was made on Saturday, 7 March]

[8 March 12:10pm This story was updated to include the announcement of SA’s third COVID-19 case, which was made on Sunday, 8 March]

[9 March 7:55pm This story was updated to include the announcement of SA’s seventh COVID-19 case, which was made on Monday, 9 March]

[10 March 5:05pm: This story was updated to reflect that the new coronavirus is called the severe acute respiratory syndrome coronavirus 2, while the illness it causes is referred to as COVID-19]