Until two years ago, it was Sibonelo Gumede’s job to help developers get rid of people who used drugs in neighbourhoods. Then his life changed.

I first encountered low-grade heroin, or nyaope, in 2008 at my high school. Nyaope, or whoonga as it’s also called, was available at every intersection in the Durban suburb of Clairwood. Getting it was as easy as picking up a banana at the stalls that line the busy South Coast Road.

I grew up in Folweni, a township about 20 kms south of Clairwood. The area has a reputation for violent service delivery protests, high rates of unemployment and drug use. I watched friends, and family members use nyaope – all for different reasons. No one seemed likely to be ‘saved’.

I held conservative views about drug use: Drug users were people who made poor life choices. I didn’t think there was much to understand beyond that.

Watch: ‘Bluetoothing’ nyaope won’t get you high but it could give you HIV

In 2016, I was working for an urban regeneration company, converting derelict properties into mixed-use developments.

Part of my job was to work with the municipal urban management unit in areas to ‘clean up’ sex workers, homeless people and drug users. Developers wanted conducive environments for upmarket, multiracial, middle-income communities in the inner-city.

The people who were supposed to be moved out were bad for business, executives argued.

Their aspirations, which I shared, perpetuated my own toxic understandings of how I viewed people who lived on the streets who through circumstances, often use drugs. To say we diverted from the ideals of a people-centred development that prioritise social and economic justice is putting it mildly.

I was too steeped in that pseudo hipster life — my priorities were selfish, finding comfort in knowing the latest star urbanists and aspiring to create the utopian urban spaces like those splashed across the pages of glossy design and lifestyle magazines.

I ignored the real tenets of what makes a city — chaotic and messy, while at the same time it has its own formal and informal organisation. But gradually, I became uncomfortable with myself, and the more I did, the more I realised that the city I was helping to create was an exclusionary one in which stigma and prejudice reinforced inequality. The kind that had already arrived in other South African metropolises, denying certain groups “the right to the city. 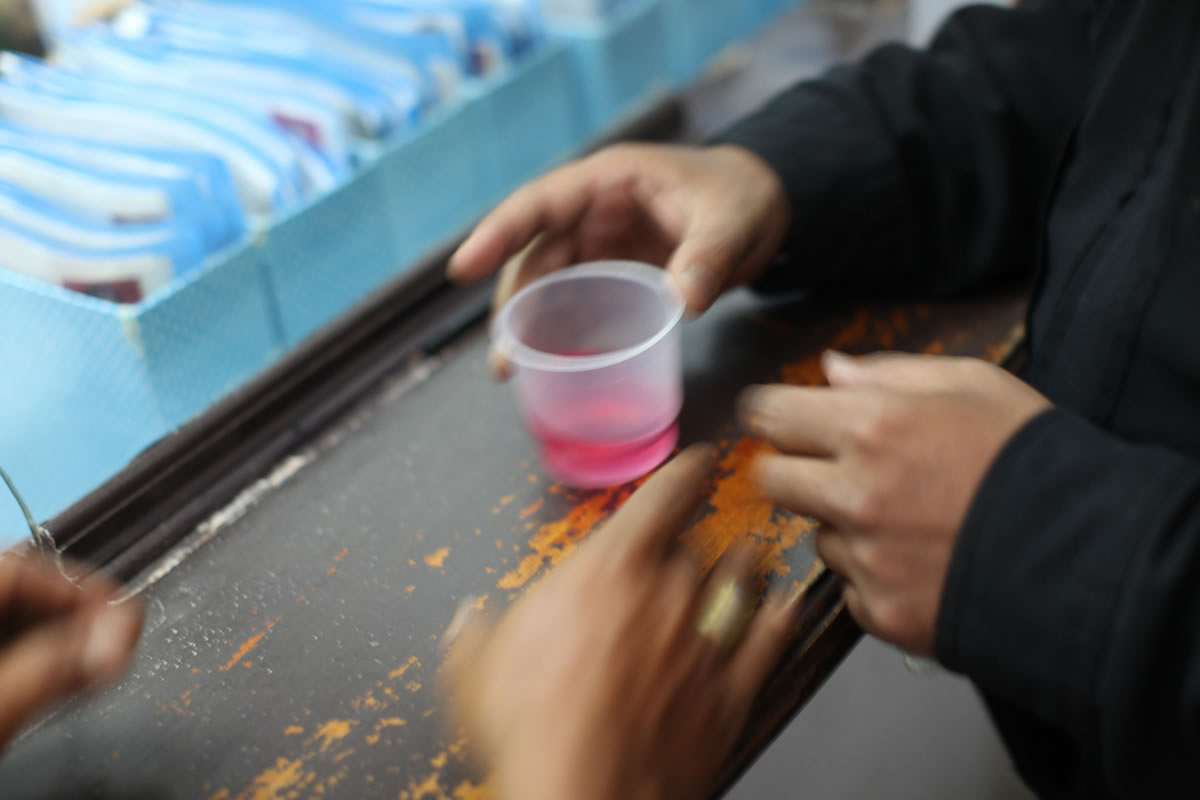 As part of OST programmes, people often receive liquid methadone under close medical supervision. It doesn’t produce any “high” but it has been shown to slash overdose deaths, heroin use and HIV. (Josh Estey)

In early 2017, I joined the Urban Futures Centre at the Durban University of Technology as a qualitative researcher in a project that would test to see how internationally used solutions could help solve a local problem: We’d try to get people who use heroin to replace the illicit drug with a medicine as part of opioid substitution therapy (OST).

By providing people with medication, usually methadone or buprenorphine, people wouldn’t get high but they could avoid taking heroin without risking life-threatening withdrawal symptoms.

People who regularly take opioids experience withdrawal symptoms such as nausea and muscle cramps even within hours of their last dose. The only way to avoid these symptoms is to take more of the drug.

Already active in Cape Town and in Tshwane in South Africa, OST programmes have been shown to help reduce illegal drug use, criminal activity linked to drugs, overdose deaths and new HIV infections among people who use drugs, according to a 2011 study published in the Bulletin of the World Health Organization. This is why expanding access to these kinds of programmes is part of the country’s national HIV plan.

In Durban, I am part of a team that is tracking how well people do on OST over 18 months.

Since the project began in partnership with the nonprofit TB/HIV Care Association, I have witnessed with awe the tremendous improvements amongst this extraordinary group of people. Adherence to chronic medication, such as antiretroviral drugs, has risen while arrest rates have decreased. People are better able to prioritise their health, from general well-being to hygiene. Some have even gone back to school and others are formally employed.

And, significantly, almost all who are involved in the project have reconnected with friends and family.

The programme has changed their lives — it’s also changed mine.

It has not only shifted my understanding of inclusive urban development but has made me re-think the way I view vulnerable groups in cities and how to plan for them, in this case, people who use drugs.

I now understand the complexities of urban spaces and I have ditched moralising.

When I interviewed people in the methadone programme, some said drugs had prevented them from giving up on life. Dysfunctional as it may seem from the outside, drugs provided meaning — a rhythm — to users’ everyday lives. Lives filled with the bleak reality of unemployment, broken families, and very little access to any decent chances.

In a country that boasts a youth unemployment rate of almost 40% and in which access to adequate education and services is elusive, it may be no surprise that problematic drug use is part of our urban landscape.

Young people are searching for solutions to their burdens. Their drug use is a story of resilience and resistance and related to the much deeper structural societal problems that young black people in particular face in the democratic South Africa.

Without understanding these kinds of drivers to drug use, it’s difficult to develop programmes that will reduce harm and improve the quality of life of individuals who use drugs in a problematic way.

Once we understand this, we will stop seeing people as deviants and start seeing them as social actors with agency, with the same dreams, and with the same hopes of making the world a better place.

If eThekwini strives to bill itself as the most caring city in South Africa by 2030, engaging with evidence-based programmes such as OST to deal with drug use should be a priority. The city should look into rolling out OST in communities and clinics as part of a new dawn of real urban inclusivity in which everyone enjoys a better life.

Sibonelo Hlanganani Gumede holds a Bachelor of Housing, an honours in Public Policy and a Masters in Development Studies from the University of Kwa-Zulu Natal. He is a researcher at the Urban Futures Centre at the Durban University of Technology. Follow him on Twitter @gumsheartbeat

Sibonelo Hlanganani Gumede holds a Bachelor of Housing, an honours in Public Policy and a Masters in Development Studies from the University of Kwa-Zulu Natal. He is a researcher at the Urban Futures Centre at the Durban University of Technology. Follow him on Twitter @gumsheartbeat