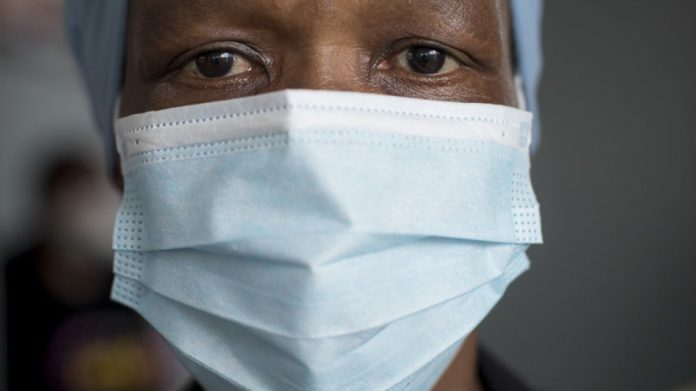 Health department says new shorter treatment to prevent killer disease will be available from next year.

It could cost less than R230 to prevent the country’s deadliest disease after major international donors and the drug company Sanofi announced today that they will slash the price of a TB prevention drug set to hit South African shores next year.

TB is the leading cause of natural death in South Africa, according to Statistics South Africa. Although most of us carry the germ that causes the disease, only about one in 10 people will fall sick and develop active TB, the United States Centers for Disease Control explain.

But your chance of falling sick with TB can be up to four times higher if you’re a child, stay with someone who has active TB or have a weakened immune system — like those living with HIV or diabetes.

A relatively new two-drug combo could change all that in just three months. And it just got cheaper.

Heads of international financing mechanisms the Global Fund to Fight Aids, TB and Malaria and Unitaid announced today that they have negotiated an almost 70% price reduction for the drug rifapentine. Manufactured by the pharmaceutical company Sanofi, rifapentine — when combined with another medication called isoniazid — has been shown to massively reduce people’s risk of developing active TB when taken once a week for three months.

South Africa, however, hasn’t been able to roll out the short course — also called 3HP —  nationally because three months of rifapentine alone costs almost R700 per patient. Now, that price has fallen to just under R230 (US$15), according to a Unitaid statement.

Key to negotiating the agreement were the massive volumes of the drug likely to be sold to high-burden countries such as South Africa, says Gavin Churchyard, CEO of South Africa’s HIV and TB research organisation, the Aurum Institute.

Activist organisations are likely to welcome today’s announcement but will most likely continue to push for the price of the drug to fall by another R100.

In a report earlier this year, the US-based Treatment Action Group says that Sanofi should be able to offer the medication for R150 per patient because of the size of large markets such as China, India and Nigeria that together with South Africa help make up the bulk of the world’s new TB cases.

But Health Minister Zweli Mkhize said in a statement that today’s price drop would be enough to allow the country to roll out 3HP next year.

South Africa’s latest national TB plan commits the state to ensuring that 90% of people above the age of 5 and who live with someone with active TB have access to the short drug course by 2021.

Currently, in the absence of a two-in-one pill, patients on 3HP must take 10 tablets once a week — including a dose of vitamin B6 to help ward off a tingling in the hands and feet that some patients might otherwise experience.

But Churchyard says that at least one generic manufacturer is planning to produce a combination pill to make treatment easier and has submitted this to the World Health Organisation for approval.

Out with the old, in with the new: A revolution in TB prevention

For years, the world and South Africa relied on just one part of the 3HP combo — isoniazid — to be taken daily for nine months to prevent active TB. Early studies in the 1980s found that this was up to 93% effective in preventing active TB. The catch? It was hard for patients to stick to treatment for nine months.

In a 2011 study published in the New England Medical Journal, almost eight out of 10 people on 3HP finished treatment as compared to about two-thirds of people on the longer course.

And once people stopped taking the isoniazid-only treatment, their risk of developing active TB shot back up, numerous studies found. It’s unclear if this will also be an issue with 3HP, Churchyard said. So far, results from studies have been mixed.

“At this point of time, the published evidence suggests that there is some rebound [in risk],” he explains. “But the epidemiology of TB is changing to the extent that rebound — if it does exist — will be very low and that’s mainly because now so many people are on antiretroviral therapy.”

HIV treatment is one of the world’s most powerful tools to prevent TB.

In 2012, Aurum released the results of a study conducted among 30 000 South African miners into whether isoniazid-only treatment could help prevent TB in this group.

Mineworkers are at a high risk of developing TB in part because of poor living and working conditions.

While the research wasn’t able to show dazzling results with isoniazid for several reasons, it found that just putting miners on antiretrovirals halved their risk of dying.

South Africa spent years trying to roll out isoniazid to prevent TB — especially among high-risk groups such as people with HIV and mine workers — but it never really took off.

Churchyard thinks 3HP will be different in part because the country’s biggest donors, including the US President’s Emergency Plan for Aids Relief (Pepfar), are behind it and setting ambitious targets.

“Before, South Africa was kind of doing it by itself,” he says. “There wasn’t support really through the Global Fund or Pepfar.”

“[South Africa] did better than anyone else,” Churchyard says. “It was still woefully inadequate, but nevertheless, we were starting 350 000 to 400 000 people a year on it.

“The Pepfar targets are now much higher than that, so I think that’s what’s going to make a very big difference.”

Aurum is part of a 12-country study looking at how countries such as South Africa, Mozambique and Ethiopia should be offering the new treatment to patients. The institute is already drawing on previous research that suggests bringing treatment to people’s homes might be one way.

The other? Offering it to high-risk patients every time they come for a check-up.

“I see [today’s price reduction] as a major event in the life of preventive therapy. This massive reduction in price now makes available to resource-poor, high-burden countries a regimen that is shorter, safer and at least as effective as nine months of isoniazid — in fact, some studies have suggested even more effective,” Churchyard concludes.

“This should catalyse the global update of preventive therapy, so it really is a red-letter day.”