Experts warn state clinics and hospitals are likely to further deteriorate as the public purse shrinks.

“Budgets are based on a projection that the economy would grow by between 1.2% and 1.5% in the next year. But the country is now in a recession and the ratings downgrade will affect our ability to loan money,” says health systems and policy manager at the Rural Health Advocacy Project, Russell Rensburg.

He warns: “We are facing a financial crisis in health and it is being ignored.”

The recession will reduce the level of taxable income as companies grow reluctant to invest and create jobs in South Africa. The public purse is also likely to shrink as more cash goes to service debt as a result of the country’s recent downgrade to below investment grade.

In September, South Africa introduced new HIV treatment guidelines that now offer antiretroviral drugs to anyone who has tested HIV positive, meaning significantly more people qualify to receive the medicine than before. Previously, people would have had to wait until their CD4 counts – a measure of the immune system’s strength – fell to 500.

According to the health department’s deputy director general for HIV, Yogan Pillay, the new guidelines will result in the number of people on HIV treatment doubling from 3.5-million to just over seven million. “By 2025, the health department aims to have 90% of all people diagnosed with HIV on treatment, and by then, the number of people with HIV would also have increased,” he says. “Increasingly limited resources and competing needs are real problems to us, so we’re therefore constantly investigating introducing new, cheaper, but still quality drugs.”

But Rensburg says there may not even be sufficient funding to sustain existing programmes.

Symptoms of the chronic budget constraints are already showing, as specialists continue to flee the under-resourced public sector. According to the South African Medical Association (Sama), KwaZulu-Natal has only two public sector oncologists left – Durban has none.

But chairperson of the South Africa Medical Association’s KwaZulu-Natal branch Mvuyisi Mzukwa argues this plan is doomed because the private sector doctors will only be able to assist for a few hours a week.

Mzukwa fears other specialists will follow suit as budget constraints continue to affect working conditions in hospitals. There are also only two urologists left in the province, he says.

One of the urologists, who spoke on condition of anonymity, says a lack of staff and faulty air conditioning have stalled surgeries and resulted in a waiting list of over 420 people. He says the waiting list for clinic consultations stretches to the end of 2019. “The backlogs and a shortage of X-ray machines force urology patients to walk around with catheters for months,” he explains.

“Our patients are dying at home – it’s heartbreaking.”

The doctor says his health has also suffered, but he has not been able to take leave in more than two years.

He cautions that urology care is close to shutting down: “If I collapse they will have to shut down the unit entirely.” He asks: “How long will I continue to put up with this? I don’t know.”

The KwaZulu-Natal department of health is running a deficit of more than R1-billion this year, according to information presented at the health budget vote in March. This includes a R500-million shortage for HIV treatment for the 2017/2018 financial year.

“The government is more interested in saving money than saving lives,” Mzukwa argues.

KwaZulu-Natal may be the first to crumble, but Rensburg warns the public health system is failing nationally – and that the North West may be next.

Sama worries the Free State is most at risk.

Rensburg cautions that the North West department of health has started closing down clinics and will cut 2 000, or 20%, of its public sector health jobs in an effort to curb rising costs. The province has just over 9 500 public sector health posts, according to the 2016 South African Health Review. The North West department of health spokesperson Tebogo Lekgethwane confirmed the cuts will be made to accomodate for smaller budgets. He said the department will mostly cut administrative health jobs and retain as many health workers as possible.

The province has also suffered a mass exodus of doctors. Lekgethwane says 307 doctors have resigned since 2015. This leaves 502 doctors to serve the province, or one doctor for every 7000 people.

Chairman of Sama’s central branch Frederik Bester says Bloemfontein’s public health sector is “totally dysfunctional”, with less than 100 public sector doctors to serve the city. Census data from 2011 shows the Mangaung metropole, which surrounds Bloemfontein, is home to just under 750 000 people. Bester says the province was crippled in 2015 when grim working conditions drove about 50 specialists from the public sector.

Rensburg says that the Western Cape may be the only province to emerge unscathed because it inherited a healthier public sector. At 5.2% the province also has the lowest HIV prevalence in the country, according to the 2016 South African Health Review.

Executive director of human rights organisation Section27 Mark Heywood told Bhekisisa that the health department’s dependence on other government departments may be its downfall.

He says it is key that treasury understands the importance of funding health. Other factors such as the quality of education and infrastructure are crucial to a functioning health system.

Heywood warns that, in addition to South Africa’s contracting economy, large-scale corruption and alleged state capture filter down to provinces. “When you have a Free State and North West that is captured by the Guptas, your ability to see projects through from conception at national level to the clinics becomes limited.” 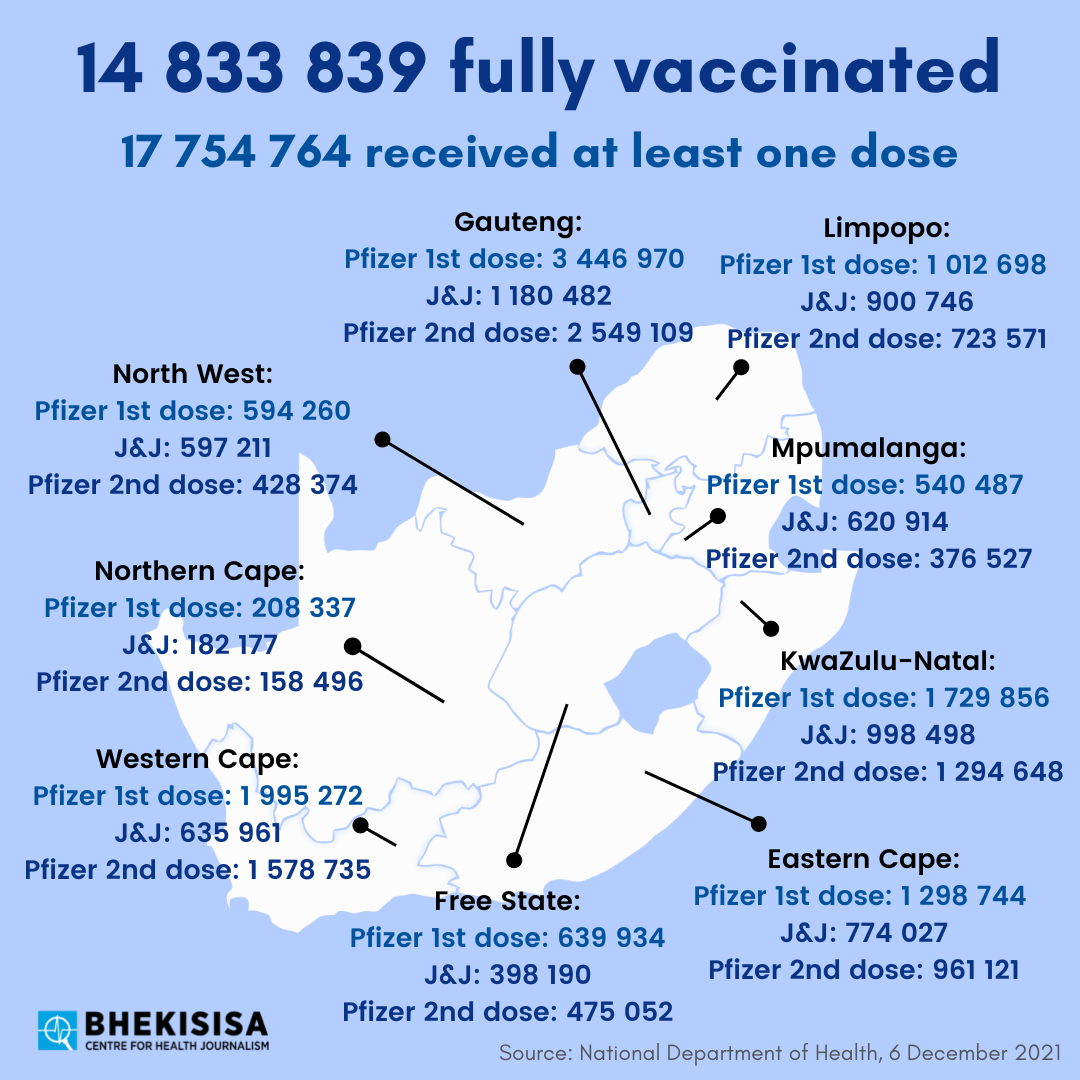