Another school could be on the cards for the North West province as well.

Nelson Mandela University (NMU) will open South Africa’s ninth medical school in 2020 when the school is expected to accept its first class of 100 aspiring doctors.

The school will eventually offer specialist training in fields such as radiography and emergency medical care, she says.

Experts are optimistic that the new project will help to address the Eastern Cape’s scarcity of doctors. Until now, Walter Sisulu University was the only school producing physicians in the province.

And with another medical school on the horizon, South Africa could also begin reducing its national shortage of doctors. The country has less than one such medical professional for every 1?000 citizens, according to 2015 World Bank data.

North-West University has also applied to open a new medical school at their Potchefstroom campus. Spokesperson Louis Jacobs says the university expects to know whether the application has been approved by the departments of health and higher education and training by the end of the year.

Meanwhile, the University of the Free State is planning to partner with Sol Plaatjie University and hospitals in Kimberley to increase its intake of medical students, says president of the Public Health Association of South Africa André Rose.

NMU’s medical students will receive “decentralised” training, dividing their time between working in primary healthcare clinics and lectures — many of which may be online.

“Patients who land up in big teaching hospitals have more complex health issues, not the ongoing problems like HIV, which [many people] have to deal with on a daily basis,” he says.

Couper adds that, globally, many medical schools are moving towards online curriculums that can make decentralised and online training easier.

“Historically, medical schools were centred around big academic hospitals as a way of standardising practice but now we are far more connected.

“Medicine shouldn’t be taught in big classrooms. The best way to learn is in small groups that are practically focused,” he says.

And getting students out of the classroom and into clinics can be better for them and communities.

Research conducted by Couper and others in 11 African countries, including South Africa, found that medical students improve the quality of care at health facilities, he says.

“We found the students increase the time and attention given to patients as well as the atmosphere of learning at the facility.”

The research, which has been repeated at sites in Stellenbosch, will be published in Academic Medicine journal.

“Nelson Mandela University could become the shining light for the return of rural doctors in South Africa and the continent,” Rose says.

But if South African medical schools are looking for graduates to work where they are needed most, they are going to have to prioritise admissions for rural students, warns Couper.

Growing up in a rural area is the most important factor associated with doctors deciding to return to communities such as these to practice, a 2009 review by the Cochrane research network found.

Couper says: “There’s no absolute guarantee rural students will become rural doctors, but there is a likelihood.”

But Couper cautions that universities such as NMU will have to invest resources into making new and rural decentralised models of learning work.

“The students will need connectivity, accommodation and a space to reflect on their studies with a supervisor,” he explains. “Supervisors will have to be trained.”

Couper believes NMU is equipped for this process, but that it will require careful planning.

“You can’t assume people will naturally slot into the role because they are health professionals. Training in the field is different from everyone just sitting in a lecture hall.” 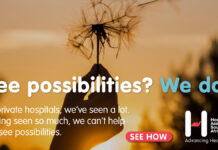