More than 40% of primary school learners in Khayelitsha township, in Cape Town, have experienced sexual violence at the hands of other learners or teachers in the past year, a new Human Sciences Research Council (HSRC) study has found.

The research surveyed about 1700 primary and high school learners from 20 schools in the township. The study reveals that primary school children are at a higher risk of abuse than their older peers. Classrooms, bathrooms and sports fields were hotspots for sexual abuse and girls were more likely to experience sexual violence than boys, the survey showed. The study is one of the largest of its kind and its findings are generalisable, meaning they can be applied to the township as a whole — not just the schools in which it was conducted.

Almost one in two pupils who said they were in relationships reported experiencing violence at the hands of their partners.

Children as young 10-years-old reported, for instance, being slapped or verbally threatened. About 20% of these children were forced to perform humiliating sexual acts or got raped — this included children who reported being forced to have sex after being verbally coerced or threatened with weapons.

WATCH: When and where do people rape?

Primary school learners were unlikely to understand that they had been raped and were instead quick to say that they “agreed in the end”, lead researcher Ingrid Lynch says.

The study found that younger children were more at risk of intimate partner violence but were the least likely to report it. Only about half the learners who experienced abuse spoke out, mostly to a friend or their mother.

Lynch says primary school pupils were less likely to report abuse in part because they were less equipped to speak about it.

Children’s decisions to report abuse were also affected by whether they believed it was wrong or not. The research shows 40% of high school and primary school students who had experienced intimate partner violence did not think it was a violation.

Focus group discussions with learners revealed many believed violence against women was a “normal part of heterosexual relationships”.

As part of the research, the HSRC has set up an action plan to help schools to fight the scourge of sexual abuse.

READ: If you were raped, here are your chances of finding justice.

The proposal, dubbed the Kwanele Intervention, is a five-year pilot project that will challenge harmful gender norms uncovered among school children, including ideas that women should provide sex in exchange for material and emotional support and that those who decline sex are “just playing hard to get”.

The HSRC — together with the nonprofit Soul City Institute for Social Justice and the HIV NGO Grassroot Soccer — will now help schools draft policies that help to identify and protect learners from sexual abuse. As part of this, they will work to change boys’ negative perceptions about, for instance, relationships and masculinity that can fuel violence.

“The onus can’t only be on girls to protect themselves,” the Grassroots Soccer’s Tony Gubesa says.

The plan will make it easier for students to report violence and will also address the dire lack of psychologists and social workers available to schools.

“Many schools have anti-bullying policies but no plan to combat sexual violence. When principals get reports of abuse, there’s no clear way to handle it,” Lynch explains.

Researchers hope that the project will let learners know that they will be heard and supported when they report abusers at school.

WATCH: What does the law say about rape?

Soul City’s Western Cape manager Palesa Mokooane says the new research has highlighted the need for urgent intervention among primary school children. “We need to engage with their understanding of gender norms and what counts as sexual violence.”

The data has helped the organisation tailor its intervention in primary schools, she says.

The department of basic education did not respond to requests for comment.

Sibongile was a grade nine learner surveyed as part of the research: “Girls are being harassed here at school and it is not being attended to by teachers,” she says.

“You’ll find boys touching us but we are also afraid [to speak up] because this person is with you in class. You could have him expelled but you end up feeling sorry for him. Otherwise, you end up being touched or called names like you are a whore.”

[9 August 5:34 pm. This story was updated to include additional comment.] 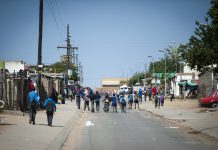 ‘Academic boys’ to ‘sex jaros’: What it means to be a Black boy in a South African township 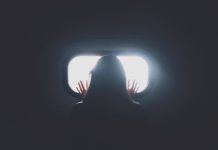