Surgeons from the Wits Donald Gordon Medical Centre have become the first in the world to transplant a liver from an HIV-positive donor to an HIV-negative child. The life-saving procedure could pave the way for more such transplants in a country with a severe shortage of organ donors.

Historically, people living with HIV have been banned from donating organs because the virus can be transmitted via donated tissue. But a South African mother pleaded with Johannesburg doctors to reconsider. The woman, who is HIV-positive, had watched her baby deteriorate because of a birth defect that restricts blood to the liver — blood can’t move in or out of the liver, resulting in it eventually shutting down.

The baby had been waiting for a liver transplant for 180 days.

Had the child’s mother not been HIV positive, she would have been a good candidate to transplant a portion of her liver to her child.

“Why are you excluding me just because I’m HIV positive,” transplant surgeon Jean Botha remembers her saying.

“We were under the presumption going into this that the child would develop HIV. That was the ethical debate: We had to balance the benefit of saving the child’s life against the risk of [contracting] HIV,” he explained to journalists at a press conference on the historic operation.

“We know now that people living with HIV can live healthy lives on antiretrovirals. We were hoping that even if the child developed HIV, that we’d have given the baby the ability to live a normal childhood and adolescence and in adulthood make decisions regarding the disease.”

Watch: Take a look at the doctors and ethicists that made the transplant possible

The child’s mother had been taking antiretroviral treatment (ART) effectively and for long enough that she was virally suppressed, meaning that her treatment had worked well enough to bring the amount of HIV in her blood down to low enough levels that it was undetectable by some tests. Although she was still HIV positive, studies have shown that people with HIV who are virally suppressed are unable to transmit the virus to others.

A year after the operation, there is no evidence of HIV in the child’s blood, according to Caroline Tiemessen, who heads up the Cell Biology Research Laboratory at the National Institute for Communicable Diseases’ Centre for HIV and Sexually Transmitted Infections.

The night before the transplant, the infant was given a combination of three antiretroviral drugs to help prevent HIV infection from the donated liver. Botha says the drugs could have halted the transmission, but that the child will continue to be monitored to confirm this.

However, Tiemessen warns that the virus could still be present in very small amounts. Two months after the operation, the scientists detected HIV antibodies in the child’s bloodstream. The body produces proteins called antibodies to a range of intruders, everything from the flu to HIV. But, she points out, the presence of antibodies in the child does not necessarily mean the virus itself is there.

Tiemessen says the tests may have picked up HIV antibodies from the mother’s liver.

Read doctors’ account of the transplant in this paper, published in the journal Aids

Medical bioethicist Harriet Etheredge says the surgeons were forced to act when it became clear that the child – who was in the final stages of liver failure – needed help fast. Without urgent intervention, the child would soon have been one of the 14 children who died while waiting for a transplant in Johannesburg, according to a statement by the Wits Donald Gordon Medical Centre.

In 2013, the centre established a living donor programme to curb the dearth of transplant organs. The project links adult liver donors to children. Unlike other organs, the liver can regenerate — when parts of the organ are implanted into children, these grow along with them.

Botha explains: “Many parents who come to the centre ask us why their HIV status should exclude them from saving their children’s lives?”

“If this happened ten years ago it would have been a death sentence for both mother and child. The success of the country’s plan to prevent mother-to-child transmission of HIV has produced this baby,” Motsoaledi says.

South Africa has the biggest HIV treatment programme in the world, with more than four-million HIV-infected people on ARVs, health department figures show. New infections in the country have dropped by 44% in the last five years, according to the country’s latest HIV household survey.

Fewer than 2% of babies born to HIV-positive mothers are born with the virus, government data shows.

Motsoaledi says the historic surgery could open the doors for new policies allowing people with HIV to donate organs.

“Parents will do anything for their children.” 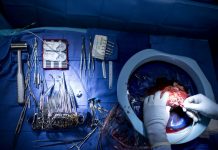 The thriller that caused hundreds of organ donations 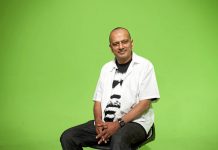 Transplants, tragedy and the true kindness of strangers 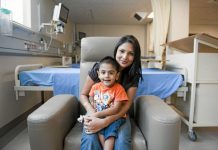