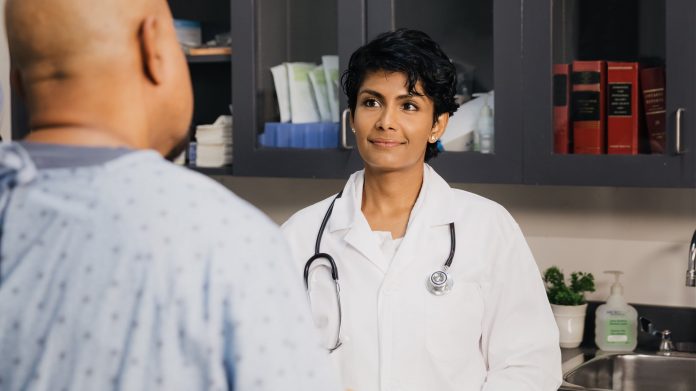 The country’s largest closed medical scheme slashed costs of care by 12%. Here’s how they did it.

Moloabi was speaking at the annual conference of the Board of Healthcare Funders of Southern Africa (BHF) held in Cape Town last week.

When people have to pay for visits to a general practitioner (GP) out of pocket one in three of them will go directly to more expensive specialists even when they have a basic ailment,  Gems data presented at the conference show. Patients who snub their GP in favour of a specialist pushed up the cost of care by 12%.

But, Moloabi argues, just because people can go to the doctor for free, doesn’t mean they’ll go when they’re not sick. “People don’t like queuing,” he quips.

On top of unlimited trips to the GP, members of Gems’ sapphire package — the cheapest package that the scheme offers — are also completely covered for preventative services, including screenings for sexually transmitted infections, breast or ovarian cancer as well as cholesterol.

It’s proven to be a magic combination – but there’s a catch.

On at least some plans, Gems requires that each patient’s treatment history is shared among the various doctors and specialists who make up their team. This is called “coordinated care” and is offered on some more expensive plans. The practice has been crucial in offsetting some of the increased costs of covering more primary healthcare, Moloabi says.

The scheme’s records show hospital admissions dropped by 12% since it demanded that doctors coordinate their patients’ care. The cost of care dropped by even more — about 17%

PMBs were built into the Medical Schemes Act as a safety net to protect patients facing catastrophic healthcare events. Medical aids must cover specific treatments for a list of 270 conditions that include emergency medical care and chronic illnesses. Most of these entail hospital-based care.

A Competition Commission investigation into South Africa’s private healthcare sector found that a flurry of different benefit packages confuses consumers, and makes it difficult for patients to claim for the very benefits that were designed to protect them.

That’s why the statutory body recommended scrapping the existing PMBs for a standardised package of paid-for benefits across all schemes. These would be more focused on prevention and out-of-hospital primary care, just like the one offered by Gems.

Rajesh Patel, the BHF’s head of benefits and risk, explains:  “We need a completely new paradigm for healthcare.”

The health department’s deputy director general for communicable and noncommunicable diseases, Yogan Pillay, agrees: “Health systems should be designed to keep people healthy, and solving the riddle is about more than offering services for free,” he says.  “We need to know what makes people sick.”

Pillay was describing a phenomenon public health fundis call “social determinants”, or the conditions in which we are born, grow, work and live that shape how healthy we are.

In South Africa, access to enough good quality food can depend on — for instance — income and education. More than one out of every three children in the country’s poorest households are stunted – or too small for their age, according to the 2016 South African Demographic and Health Survey. In contrast, the proportion of children in the wealthiest families who suffered the same fate was almost one in 10.

Children born to better-educated mothers were also less likely to be malnourished, the report found.

Now, Pillay’s department is planning to tackle the food and beverage sectors to lower the amount of sugar, salt and fat in the food they sell, and to change the way these foods are advertised to children.

If a health system is run well, it can improve people’s lives, he argues. But at the moment, people are afraid of falling ill, because they can’t pay to get better.

How do you fix this? Pillay explains: “Focusing on a package of primary health care services is a good place to start.”