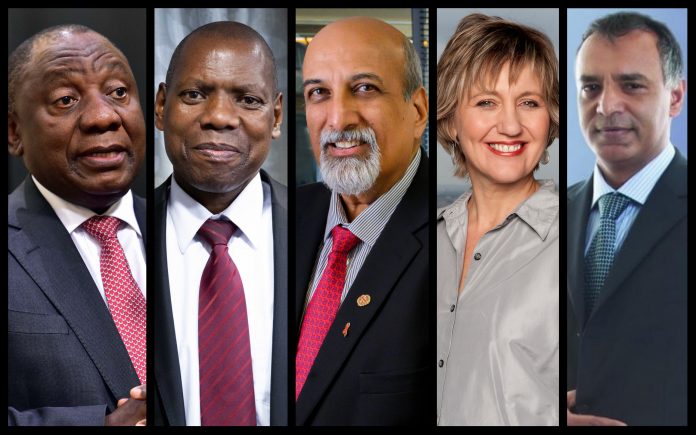 The sphere of the politics of science is intense and complex — the larger the problem, the bigger the payoff to solve it.

My journalism professor’s feedback on my Master’s thesis in 2003 was unexpected for a 125-page academic document — and his comments had little to do with my writing skills.

Instead, it was the subject of my research that lent itself to Agatha Christie-like plots and storylines.

And it was completely accidental.

I analysed the media’s reporting on HIV dissidence and expected my interviews with journalists to reveal gripping tales of political interference and editorial suppression. Reading up on the scientists, who spent their days behind microscopes in white lab coats examining viruses, was obviously going to be less dramatic.

But I was so wrong.

The real-life dramas contained within the sphere of the politics of science outstripped even the most intriguing of journalist narratives.

Alleviating mankind’s suffering, I discovered, is not the only force driving medical researchers. (Sometimes, it’s not a force at all). Rewards for scientific discoveries are remarkably gratifying: international recognition, prestige, and in the case of diseases, lucrative patents for subsequent diagnostic tests. The larger the problem, the bigger the payoff for solving it.

And scientists, of course, need money to conduct their research; clinical trials are incredibly expensive. As a result, they all compete for visibility because they are in the running for the same pots of funding; the more a scientist stands out, the more likely they are to be noticed by donors.

The incredible politics of the discovery of HIV

On a scientific level, few moments have illustrated these arguments as well as the discovery of the cause of Aids, HIV, in the early ’80s. That era revealed a scientific community far from noble and benevolent, far from cooperating with one another for the good of mankind, but instead “wretched and rank with politics”, as American epidemiologist Don Francis put it in a memorandum quoted in Randy Shilts’ best-selling non-fiction book, And the Band Played On, in 1987.

In fact, HIV uncovered scientific rivalry so ruthless and relentless that it required the intervention of heads of states.

In short, a powerful American scientist, Robert Gallo, asked a less influential French scientist, Luc Montagnier, to lend him a virus (it turned out to be HIV) that the Frenchman had managed to isolate. Gallo used Montagnier’s virus for HIV-related experiments, but then claimed he achieved his results by using his own virus. Following that, Gallo became the acknowledged and much-heralded “discoverer” of HIV. He went on to develop an HIV test for which the US had been awarded patent rights, and with it, the right to an income derived from its sale. A while after that, Gallo was caught out by the French, and to prevent a drawn-out court battle, President Ronald Reagan and Jacques Chirac of France signed an agreement in 1987 according to which Gallo and Montagnier would henceforth be co-discoverers of HIV, and the royalties from the diagnostic test would be distributed accordingly.

There were, however, limits to what such an agreement could achieve: it may have settled some squabbles and doused a few fires, but it left behind a fragmented Aids research realm that would pave the way towards infinite and trivial disputes over the cause of one of the most devastating epidemics in history.

Will the politics of COVID-19 be as intense as with HIV?

So, here we are again, at the point when another virus is devastating the globe… Are the stakes as high as they were during the onset of HIV? Are the politics as intense?

My bet is, yes: the virus has been with us for a mere five months, but the cracks in the scientific community are already showing.

The politics of South Africa’s ministerial advisory committee, comprising 51 top scientists who advise the health minister on the country’s COVID-19 response, that emerged in the media over the past few weeks, I suspect, plays off against the background of all the usual scientific infighting… Although there are also legitimate concerns about the government’s reluctance to release the mathematical modelling data that it uses to make policy decisions with regards to testing and lockdown policies, as well as data around hot spots, contact tracing and the availability of high care beds, amongst others.

In summary: Several members, including three subcommittee chairs — South African Medical Research Council (SAMRC) president, Glenda Gray (research chair), infectious diseases specialist and UCT professor, Marc Mendelson (clinicians chair) and Wits professor and SAMRC respiratory and meningeal pathogens research unit head, Shabir Madhi (public health chair) — have published op-eds, or have been quoted in articles criticising government policy. Over the weekend Gray claimed, in a News24 article, that the government doesn’t take the committee’s recommendations seriously, and that the gradual phasing out of the lockdown, as well as some lockdown regulations, have no scientific basis.

But according to the committee’s chairperson, Salim Abdool Karim, members — who all serve on the structure for free — have submitted 50 advisories to the health department to date, and none of them has been rejected. The fact that we all have to wear cloth masks in public, was, for instance, one of the committee’s recommendations. According to a document provided by Abdool Karim, the committee is in the process of preparing advisories on at least 10 other issues, including serological (antibody) tests, the use of saliva for coronavirus testing, getting children back to school safely, the easing of lockdown regulations and daily testing targets.

There are clearly considerable tensions among committee members.

Over the weekend, following several media reports, allegations of vested interests and funding conflicts, criticism of members’ code of conduct and weaknesses in the structure of the committee that some say led to a few members using the media to make their voices heard, emerged on a WhatsApp group of industry leaders.

Advisory committee members are high-ranking, often world-renowned scientists; many have impressive records of peer-reviewed publications focusing on HIV. Some head up large research organisations they created themselves, some play leading roles in state-owned enterprises such as the National Institute of Communicable Diseases or National Health Laboratory Service and some steer remarkable projects at universities.

South Africa has all these outstanding medical scientists, who would surely be the envy of many nations, at its disposal. To confront an emergency such as that presented by COVID-19, we couldn’t be better equipped on an intellectual level.

But place a bunch of A-rated scientists on the same committee, many who are conducting COVID-19 research of their own and are therefore competing for funding and recognition, and you’re heading for trouble. Add a disease for which there is no cure or treatment, a lack of clear scientific guidance and a government reluctant to release data that committee members are demanding, and the problem gets more complex.

This is the battle that’s now being fought in the media.

The media is indeed an incredibly powerful tool. In fact, it was an investigation by the Chicago Tribune that finally ensured that Luc Montagnier got the royalties and recognition that he deserved. And in South Africa, the media played a crucial role in exposing the HIV denialism of President Thabo Mbeki and Health Minister Manto Tshabalala-Msimang in the late 1990s and early 2000s, and its tragic consequences. But, the reporting practised by some publications at the time also resulted in equally polarising and damaging narratives that did little to help anyone, other than Mbeki and Tshabalala-Msimang and their acolytes.

Right now, at the time of COVID-19, it’s important to use the media wisely: as a tool to foster constructive debate, rather than as an instrument of division. In ways that help people learn from differing viewpoints, rather than be confused by them.

Are there now more malnutrition cases at Chris Hani Baragwanath Hospital than before the lockdown? I’ve heard two committee members say “yes,” although one adjusted their statement in a media report afterwards. Following these statements, confused social media users have been quoting studies that argue that there have always been cases of malnutrition evident at Africa’s largest hospital, across platforms. So, they wonder, what is the truth?

Is it wise to send our children back to school? Some committee members have argued for this, quoting studies that children rarely infect adults, decreasing the danger that they would infect vulnerable parents or grandparents. Yet many studies say it’s dangerous for kids to return to school, because the science just isn’t that clearcut, yet.

Should the lockdown be phased out or ended abruptly? Again, we really don’t have a lot to go on, so when a well-known and respected scientist says the lockdown should end NOW, it’s understandable that the public and the media believe the call to be scientifically sound.

Confusion leads to panic. Panic leads to bad decisions being made.

I’m not a spin doctor or a public relations officer. But, as a member of the public and a health journalist, I think the committee members need to find a way to work together and try to sort out their differences internally rather than to snipe at one another in the media. I like a good argument and a sexy quote as much as any other reporter. But this is not the time for such luxuries.

Those who don’t contribute to debate in an informed and rational way, and who don’t take decisions solely in the interests of the public, as the committee’s code of conduct requires them to do, should be called to order.

Scientists on the committee should declare their funding for COVID-19 research projects and the government should be transparent about the projections they use to make decisions, or publicly explain the reasoning behind not making such information available.

If there’s anything we should learn from what has gone before in the realm of HIV, it’s that the payoffs from building trust during an epidemic far exceed the short-term and selfish gains from creating division. In the case of HIV, distrust paved the way for some communities to be receptive to a dissident movement that doubted HIV as the cause of Aids. How did that turn out?

We have no cure, no vaccine or treatment for COVID-19, at this stage. But we cannot afford to allow this to be the only factor that unites us. We cannot afford for our chief weapons against an epidemic that is changing life as we know it, to blunt one another.

Mia Malan is the editor-in-chief of the Bhekisisa Centre for Health Journalism.