Depression among South Africans with chronic conditions such as HIV infection, high blood pressure, diabetes and cancer, are increasing at a “worrisome rate”, experts have warned.

Statistics by IMS Health, a company that produces national market and sales statistics for the pharmaceutical industry, show that the demand for antidepressants in the country has increased by 39% over the past four years.

According to Mariska van Aswegen from Pharma Dynamics, a generics pharmaceutical firm specialising in the treatment of depression and anxiety, the bigger need is likely “to be attributed to the surge in chronic illnesses”.

The health department estimates that 17.9% of South Africans are infected with HIV. But chronic non-communicable illnesses are starting to increase at an even faster rate than infectious diseases.

A World Health Organisation survey, which was published in the International Journal of Epidemiology in 2014, reported that South Africa has the highest rate of high blood pressure among people aged 50 and over for “any country in the world at any time in history”. Of the South Africans who took part in the study, 78% tested positive for high blood pressure.

Illness and despair
High blood pressure puts people at risk of chronic conditions such as heart disease and can lead to strokes.

In addition, research shows that South Africa has one of the fastest growing diabetes epidemics in the world and that cancer is becoming more prevalent.

“Having a chronic illness, which usually results in tremendous life changes and interferes with how well you function, can be a major contributor to depression. It’s completely normal for people with a chronic illness to feel despair,” Van Aswegen says.

According to a 2013 study published in the medical journal Cardiovascular Psychiatry and Neurology, depression is “common, persistent and associated with worse health-related quality of life, recurrent cardiac events and mortality” in patients with cardiovascular disease.

The study found that between 31% and 45% of patients with coronary artery disease suffer from “clinically significant depressive symptoms”. A further 15% to 20% suffer from the “full syndrome of major depressive disorder” – a rate that is threefold higher than in the general population.

Depression is common among cancer patients, 2013 research in the Journal of Psychological, Social and Behavioural Dimensions of Cancer showed – up to 24% of cancer patients suffer from depression.

Lifestyle changes
A 2013 study in the Indian Journal of Psychological Medicine found that almost half (46.15%) of patients with Type 2 diabetes at an Indian hospital met the criteria for “major depressive episodes”.

Likewise, research has shown that people infected with HIV are more likely than the general population to develop depression.

Says Van Aswegen: “Although any illness can trigger depression, the risk of chronic illness and depression gets higher with the severity of the illness and the level of life disruption it causes, especially if it causes pain and fatigue or limits a person’s ability to interact with others … Changes in appearance, mobility, independence … and side effects of medication and other treatments [can also cause depression].”

The government aims to reduce the prevalence of people with high blood pressure by 20% by 2020 through encouraging lifestyle changes, such as more exercise and lower salt intake, and increasing access to hypertension medication, according to the health department’s strategic plan for the prevention and control of non-communicable diseases. It wants to boost the percentage of people controlled for hypertension and diabetes by 30% by 2020. Moreover, it aims to improve the number of people screened and treated for mental disorders by 30% by 2030.

One of the most common causes of heart disease and diabetes is obesity. According to the strategic plan, the health department aims to reduce by 10% the percentage of people who are overweight by 2020.

Van Aswegen says people with chronic diseases are overwhelmed by “feelings of worthlessness, constant fatigue, insomnia, suicidal thoughts, loss of appetite or interest in activities that used to bring you joy”.

“To cope with chronic illness, you need to rethink your goals and creatively find opportunities in your new reality. If you can’t manage as much as you used to, don’t be hard on yourself. Learn to set yourself reachable goals while keeping your situation in mind,” Van Aswegen says. 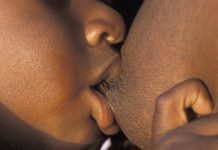 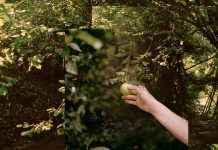 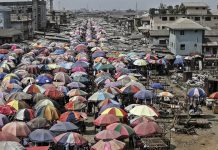 Do 1 in 5 Nigerian adults really live with long-term depression? 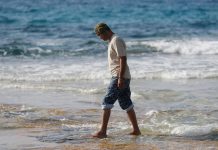 Do single people wind up dead sooner in South Africa? 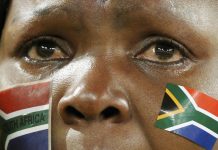 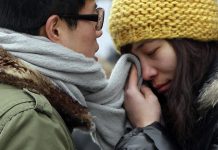 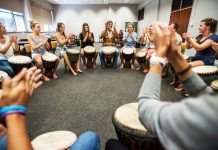